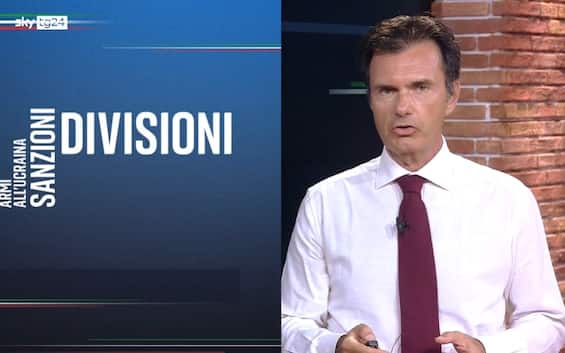 The first episode of “La Guida” by Massimo Leoni. Which will help us, in these days, to orient ourselves on the path towards the next elections

Relevant things in the last few hours. And they look positive for the center-right. One comes from Salvini. He assures that with them in government, Italy will continue to send arms to Ukraine. It means aligning with Giorgia Meloni’s now pro-Atlantic line. It also implicitly means that resistance to sanctions could be the last, fragile identity bulwark of the Northern League leader. The yes to arms would make a no to sanctions difficult. One of the strong arguments of those who do not want the center-right to rule would fall: the divisions over international politics, in particular the attitude towards Putin, in hours when – in Ukraine – important things are happening. Among other things, those who underline the different views between Salvini and Meloni forget that on the other hand, Enrico Letta’s line without hesitation in favor of sending weapons to Kiev is in coalition with Fratoianni’s left, always opposed. It is not a problem if you want to participate, it is if the intention is – again – to win. (ELECTIONS – ALL NEWS LIVE) – (POLITICAL ELECTIONS – THE VOTE CHALLENGE)

The prospects for attracting consensus

On the other hand, perspectives are needed to attract consensus. Around the PD there was the wide field and it is gone. And there is still a need for perspective. Andrea Orlando understood it. The minister gives a voice to some of the Democrats. And he invokes the posthumous wide field. After the elections: PD, Terzopolo and Cinquestelle together if the right does not make it. Calenda, imagine, wants to remake the government of republican unity. Conte waited just a moment and replied no. He understood, perhaps, that in order to take votes the Movement must have no prospects. Nor of government.

The guide will be updated in the next few hours. Soon.