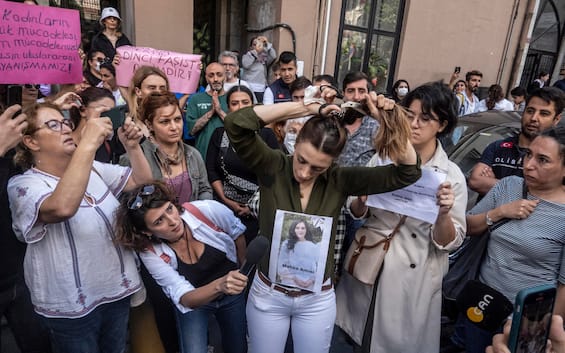 The condemnation of the European Union arrives for the violence that has not ceased for days on the streets of Iranian cities, where strong protests have broken out to ask for justice for Mahsa Amini, the 22-year-old who died after being arrested by the police for wearing badly in a veil. “For the EU and its member states, the widespread and disproportionate use of force against non-violent protesters is unjustifiable and unacceptable. Citizens in Iran, as in any other country, have the right to protest peacefully. This right must be guaranteed. in all circumstances “, declares the EU High Representative for Foreign Policy, Josep Borrell. “The EU will consider all options at its disposal in view of the next Foreign Affairs Council, to address the killing of Mahsa Amini and the way in which the Iranian security forces have responded to the demonstrations that followed,” he added. .

“The killing of Masha Amini is duly investigated”

“The EU and its member states urge the Iranian authorities to strictly abide by the principles enshrined in the International Covenant on Civil and Political Rights, to which Iran is a party. Therefore, we expect Iran to immediately stop the violent crackdown on protests. and ensures access to the Internet and the free flow of information, ”Borrell emphasized. “We also expect Iran to clarify the number of dead and arrested, release all non-violent protesters and ensure a fair trial for all detainees. Furthermore, the killing of Mahsa Amini must be duly investigated and responsible for her death. they must be held accountable. We take note of the statement by the President of Iran in this regard “, added the High Representative.

Hadith Najafi, a symbol of the protests, was also killed

The protests show no sign of subsiding after Hadith Najafi, the girl who symbolized the protests in Iran, was also killed today in Karaj. This was reported by various social networks and in particular the Iranian journalist Masih Alinejad on her Twitter profile: “Her sister told me that she was only 20 years old and was killed by six bullets in the city of Karaj”. The video in which the blonde Hadith, without a veil, tied her hair before a demonstration had gone viral. Thus the death toll from the crackdown on protests continues to rise frightfully: 41 dead, including demonstrators and police, according to the regime; at least 54 for the NGO Iran Human Rights, which is based in Oslo. The repression has also taken the form of arrests, over 700, while 1,200 people have been identified, reports the semi-official agency Tasmin.