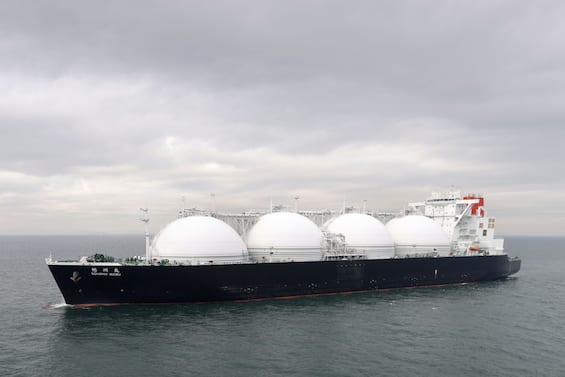 With European states willing to buy gas at any price, some emerging countries are having difficulty finding the methane they need. WATCH THE VIDEO

The interruption of Russian supplies to Europe has led the Old Continent to increase purchases of liquefied gas, the one transported in liquid form by ship. According to the International Energy Agency, imports in 2022 rose by 55 percent. But the international supply of liquefied gas is limited: this is why, in the face of European purchases, there are those who have had to do without it. According to ICIS data processing, countries such as Bangladesh, Pakistan and India have experienced sharp drops in supplies.

The liquefied gas market will in fact remain tense at least until 2026, when new projects will come into operation. To turn methane into a liquid state, liquefaction plants are needed that require huge capital and years to build.

Asia running out of gas

Pakistan – faced with an auction to buy liquefied gas until 2029 – has not received any offers from sellers. The country, also hit by violent floods in recent months, is suffering major blackouts, especially in some regions. So much so that the Islamabad government is turning to Russia to receive gas supplies by ship, according to the Tass agency. The Pakistani ambassador to Moscow said he said the country was in dire straits: “We had a long-term contract with a supplier company, at a fixed price. But when the global value of the gas went up, they decided to sell it. elsewhere. That is why we have started talks with Russia “.

In Pakistan, as in Bangladesh and India, the obligatory route has been to burn more oil and coal instead of gas. However, fuels that are much more polluting than methane.

China also reduced its liquefied gas imports. But the case of Beijing is different: the Chinese would have the money to compete with European prices, but right now they need less gas given the economic slowdown in the country. Due to Covid restrictions, China is about to hit the lowest level of economic growth in the past two decades (excluding 2020). Despite this, the Beijing government has requested its energy companies to stop exporting liquefied gas to Europe, to avoid a shortage during the winter.

European competition is hard to beat. The price paid by the EU states is consistently higher than the Asian reference index, the JKM. This is why more and more LNG carriers are heading to European regasifiers, in exchange for very high prices that developing countries cannot afford.

Europe has also bought up regasification ships (i.e. floating and temporary plants in which liquefied gas can be re-transformed into a gaseous state): for the next few years – according to the IEA – European countries would have secured 18 ships between those under construction and available on the market of the total 23.

In recent days, according to the operator that manages the Spanish gas network, it would not have been possible to guarantee a regasification slot for all ships. And for this there would be several liquefied gas tankers queuing to enter Spanish ports.

What would change with the price ceiling

A condition that could change if Europe imposes a ceiling on the price of gas. In this case, liquefied gas exporters operating in the so-called “spot” market (ie not tied to long-term contracts) could direct their ships to the countries that offer more.