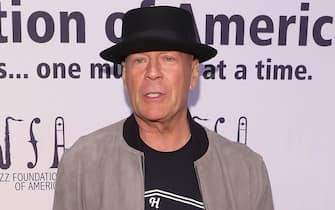 The protagonist Bruce Willis is the Hollywood star who reprises the original role of Dr. Paul Kersey played in 1974 by Charles Bronson, then transforming himself in the night into the Grim Reaper ready to punish the criminals who escape justice

The actor of Italian origin (his grandparents were) Vincent D’Onofrio owes its popularity to the role of “Lardo Ball” in Full Metal Jacket 1987, which kicked off his thriving career. In the remake of The executioner of the night plays Frank Kersey

The executioner of the night: the remake with Bruce Willis

The artist Elisabeth Shue she is the one who plays Paul Kersey’s wife, i.e. Lucy Rose, who ends badly by being killed after a robbery

The current partner of Leonardo Di Caprio Camila Morrone (the two have been in a relationship since 2017) ne The executioner of the night is Jordan Kersey, daughter of Paul and Lucy Rose

Camila Morrone, who is the new girlfriend of Leonardo DiCaprio

Among the protagonists of The lost symbol2021 TV series based on Dan Brown’s novels, in the film Beau Knapp plays Knox

The Lost Symbol, the series based on the book by Dan Brown

We have seen it lately in The Conjuring – By order of the devil (released June 2, 2021), the latest chapter in the saga about demonologists Lorraine and Ed Warren. Ronnie Gene Blevins bAnd The executioner of the night it’s Joe

Jack Kesy is noted for the role of Gabriel Bolivar in the TV series The Strain, where he participates for 15 episodes. Neither The executioner of the night lends its face to The Fish

The oldest actor in the cast Len Cariou (was born September 30, 1939) also participated in 7 episodes of Murder, she wrote alongside Angela Lansbury. He was cast as Ben

The career of the actress Kirby Bliss Blanton she split between cinema and TV series in small roles. In this case, she lends her face to Bethany

The Canadian actress Wendy Crewsonwhich we have in 39 episodes of the TV series Saving Hopeplays Dr. Jill Klavens

Small part also for the American comedian and singer Mike Eppswhat about The executioner of the night is Dr. Chris Salgado

The experienced Canadian actor Stephene McHattiewho boasts countless films and TV series to his credit, is the head of the detectives