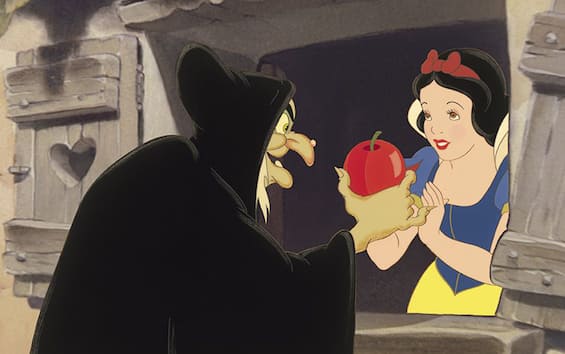 The exhibition “Disney. The art of telling timeless stories “opened its doors in Rome, after the success achieved in Milan in recent months: started in Rome on April 15, it will continue until September 25 at the National Gallery of Ancient Art in Palazzo Barberini for tell the number one Shahrzad of our times: Walt Disney.
This is not an exhibition dedicated to the father of the kingdom symbolized by the fairytale castle but a journey into modus narrandi of that Aesop de ‘noantri. What the exhibition tells is precisely that way of telling Disney, a way of telling stories to make them 100% evergreen of pop culture.
Telling timeless stories, that is parables that continue to enchant audiences of all ages and all ages, is considered by most to be a talent, a natural gift. But it is not (only) like this: behind that gift lies an enormous work of creative research, a commitment that lasts for years and that is usually unknown to the public, that is to the final actor of the magic of the narrative, the one who listens to the stories. evergreen (and, in this case, looking at them, too).

The exhibition that opened a few days ago in the capital tells the story of Walt Disney’s masterpieces, tracing the stories back to the ancient matrices of epic tradition: at the base of the Disney classics, in fact, there are myths, medieval legends and folklore, fairy tales and the fairy tales that have been the narrative heritage of the different cultures of the world for centuries.
From these millenary traditions derive the most famous stories from which the Disney films have been drawn, of which the exhibition presents the preparatory sketches of creative research. The latter are focused on the exploration of characters, settings and narrative plots and finally become the protagonists of magic. We say “finally” because many viewers have never seen them before, thus not being able to realize the importance of these first stones that form the foundations of Disney’s narrative system.
The sketches are not simply exhibited but are immersed in a path in which each drawing is presented in a narrative key.

“Disney. The art of telling timeless stories ”was on the bill at Mudec in Milan from September 2021 to February 2022 and has now moved to Rome to enchant a new audience.

The subject of this exhibition is history, the story intended precisely at its source, that of the art of narrating.
The great innovative effort of the Disney artists was (and still is today) to bring to the cinema the stories of myths, legends and folkloric traditions using different artistic tools, from hand drawing to digital animation, to capture the essence of ancient fables and revitalize them, updating their universal value.

Visitors to the exhibition will be able to retrace the elaboration of the entire creative process, enjoying every step behind the scenes. The visitor will be encouraged to become a narrator himself, walking through the halls of the exhibition not only as a passive spectator of content but above all as a leading actor. To provide him with the “tools of the trade” will be the many interactive stations and the setting that evokes the scenarios of the great Disney animation masterpieces, providing the public with all the tools necessary for every great storyteller. Room after room it will be possible to experiment the fundamental structural elements to give life to any narration, to the point of experiencing the thrill of identifying with the work of an animation artist through the same techniques of Disney Studios.

The exhibition is curated by the Walt Disney Animation Research Library, with the collaboration of Federico Fiecconi, historian and critic of comics and animation cinema.