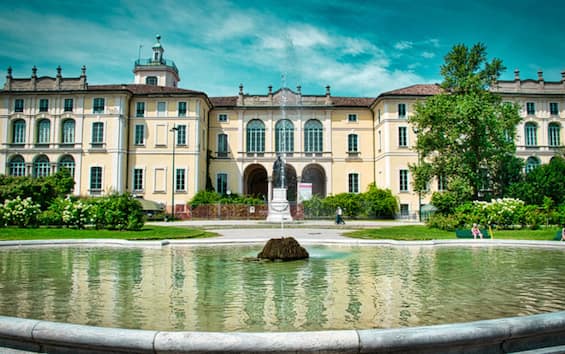 Following the numerous requests from the world of culture but above all from professionals, journalists and operators in the sector, a Fashion Museum, a project aimed at highlighting the history of the sector that has helped to define the identity of the Milanese capital which is the Italian city that hosts the Fashion Week. For the Museum, the Ministry of Cultural Heritage has approved a financing from four million euros choosing as a venue Palazzo Dugnani in Via Manina seventeenth-century residence that has ample space for large-scale projects, ideal for giving life to a place that one imagines alive and creativesuitable for making past, present and future coexist.

The Fashion Museum in Palazzo Dugnani

The idea of ​​the Fashion Museum, a project possible thanks to the Great Projects Fund, with an allocation to be set up by 2023was enthusiastically welcomed by National Chamber of Fashion who communicated through the president Carlo Capasa his will to contribute in ways yet to be defined.
Likewise, the participation of public and private entities whose capital would be added to the starting fund, a contribution already advanced by the Undersecretary for Culture Lucia Borgonzoniwhich presented the objectives of the new Milanese Museum which represents a real creative challenge.
The main purpose of the Museum will be to collect the glorious testimonies of the history of national fashion, whose masters have contributed to increasing the prestige of the entire sector in the world, placing the accent on the art of Made in Italy manufacturing whose value is recognized globally. Not only tradition but also innovation with a vision constantly oriented to what is to come: the Fashion Museum must be a meeting point for the best emerging talents called to meet the needs of a constantly evolving world.

The announcement a month and a half after Fashion Week

The enthusiasm for the arrival of the Milan Fashion Museum was also shared by Tommaso Sacchi, Councilor for Culture of the Municipality of Milan, who confirmed that the new cultural center will be surprising from a qualitative, set-up and attractive point of view, which is why the dialogue with the National Chamber of Fashion has already begun. The announcement of the opening of the new Museum came at the end of July, about a month and a half after the inauguration of the week of the Fashion Week where is it, between 20 and 26 Septemberthe collections of the Spring / Summer 2022-23 season will be presented to the public.