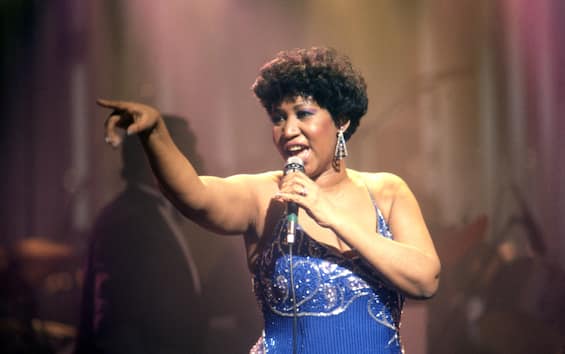 Something has just been announced that no one in the music world would have expected: the FBI was watching over Aretha Franklin.

Yes: the US secret services feared that the singer was linked to the Black Power militants. Only now have the 270 pages of documents been made public, which reveal nothing compromising about the artist.

The period in which Aretha was guarded was from 1967 to 2007: exactly forty years.
American intelligence files were recently declassified, and obtained from Rolling Stone US. These are documents stuffed with expressions such as “black extremists”, “pro-communist”, “hate America”, “radical”, “racial violence” and “Black Power militants”.

The Queen of the Blues’ involvement with civil rights struggles was a cause for concern for the FBI, and the Memphis singer was on close relationships with Martin Luther King Jr., Angela Davis, and other uncomfortable characters for the star government. and stripes, which feared any kind of revolutionary existing on its soil.
As can be seen from the 270 pages of the dossier, Aretha Franklin was monitored by agents in charge of tracing her movements, activities and any type of movement and action, this for the beauty of four decades.

Since the birth of the civil rights movement in the US, the American government has documented everything that gravitated around the leaders of the aforementioned movement, black activists, anyone who spoke out against war and in favor of issues such as equality and justice. social.

Even the artists close to the spokespersons of these fights were “in the crosshairs” of the FBI, as amply testified by another dossier much more stuffed than that of Aretha Franklin: the one dedicated to John Lennon. Although the latter has been under surveillance for far fewer years – compared to the 40 dedicated to Aretha-Lennon he was considered among the number one enemy of the US government because of his ideals of freedom, his pacifist mottos like Give Peace a Chance and its communist values ​​sung to the four winds in songs such as Working Class Hero.

His ties to the Black Panthers movement – in addition to the fact that his and Yoko Ono’s contribution to the concert organized to free John Sinclair dropped the indictment of Sinclair within a matter of hours, highlighting what enormous media power Lennon had. – made him very disliked by Richard Nixon’s government, especially when he was running to be reconfirmed for a second term. In a very particular historical period: the year in which the age of US voters was lowered for the first time, coming to embrace the many young people who did not seem to particularly love Nixon (while they went crazy for Lennon). Then anyway, in the end, Nixon was re-elected. And from that moment on John Lennon ceased to be a problem for the US government (even if, unfortunately for him and for Yoko Ono, the troubles did not end: the two were crushed in the rusty cogs of the bureaucracy, especially after the involvement of the immigration office. Lennon found himself stuck in a Kafkaesque odyssey, but in the end he came out the winner. And equipped with a green card).

Not only John Lennon: many black artists have also been monitored by the FBI

If John Lennon got on the US government radar for his alleged dealings with members of the Black Panthers, let alone how much interest the FBI had to have in black artists.

“The same treatment reserved for Aretha Franklin, albeit to a lesser extent, was reserved for artists such as Marvin Gaye and Jimi Hendrix”, we read on Rolling Stone.

The magazine unanimously considered the “Bible of rock” points out that some of the documents made public are partly obscured, while others seem to indicate that the secret services are in possession of further material (not yet declassified, therefore).

“Within the 270 pages you will find very different materials, from death threats addressed to the artist (and his father, who was killed in 1979) to the FBI’s concerns about” racial situations “, or events considered to risk given the presence of Franklin. In some 1968 documents, for example, reference is made to the funeral of Martin Luther King Jr .: «Sammy Davis Jr. and Aretha Franklin supported the idea of ​​the Black Power militants, [e le loro performance al memoriale] they could be the spark capable of giving rise to some racial protests in the area ”, we read”, he reports Rolling Stone.

No compromising evidence emerged from the 270 pages

Even the record deal Aretha Franklin signed with Atlantic Records in 1971 has been subject to scrutiny and surveillance, with the fear that this might somehow connect the musician to the Black Panthers. Yet forty years of surveillance did not seem to have served to connect the Memphis singer in any way to radical movements like the Black Liberation Army.

“I’m not sure my mother knew she was under FBI control,” Aretha’s son Kecalf Franklin told Rolling Stone US. Adding: “Knowing my mother and her way of working I know that she had nothing to hide. In fact, as we have seen, [i servizi segreti] they found nothing and wasted a lot of time “.

But at least the agents in charge of following Aretha will have enjoyed the great music.