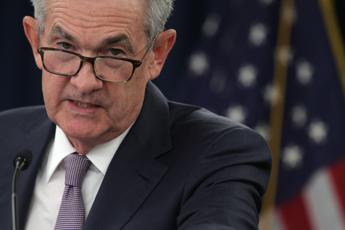 As expected, the meeting of the Federal Reserve’s monetary policy committee led to an acceleration of the so-called ‘tapering’ with a reduction in bond purchases, which fall by 30 billion dollars a month (with a cut of 20 billion dollars for Treasuries and $ 10 billion for agency mortgage-backed securities), a level that will lead the intervention program to end in March instead of June. By keeping federal rates at between 0 and 0.25%, the Fed now expects three increases in 2022, compared to the only increase expected in September: at the end of next year, therefore the level of federal rates should be around 0.9%. . In the new forecast, the central bank raised its inflation estimate from 2.2 to 2.6% in 2022 while the growth of the US economy is expected to slow to 4% next year from the 5.5% estimated for the year. 2021. The elimination of the adjective “transitory” in reference to inflation also stands out.

After the new cut of 30 billion, the Fed’s net monthly purchases will thus be represented, starting in January, by 40 billion in Treasury bonds and 20 billion in mortgage-backed securities.

The decisions, adopted unanimously, were adopted in consideration of the continuous improvement of the indicators relating to economic activity and employment. But if “the increase in jobs has been robust in recent months and the unemployment rate has fallen significantly”, the central bank highlights how “the imbalances in supply and demand linked to the pandemic and the reopening of the economy” have contributed to high levels of inflation. In any case, it is emphasized, “the economic trend continues to depend on the course” of Covid with “risks for the prospects also for the new variants of the virus”.