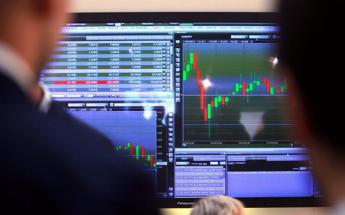 According to data from S&P Global Market Intelligence, in August I borrowed bonds for 39 billion dollars

An article at the opening of the online edition of Financial Timeswith an unmistakable headline: ‘From Hedge Funds the biggest bet against Italian debt since 2008‘. In the analysis of the British daily, the specter hovering over the Italian financial system takes shape, given the political instability and the wait for the outcome of the 2022 elections.


The numbers that support the thesis are those of S&P Global Market Intelligence: hedge funds have borrowed bonds to bet on a drop in their prices for an equivalent of about 39 billion dollars, in August alone. This is the highest level since 2008.

Why is this happening? Italy “is the country most exposed when looking at the consequences of the rise in gas prices, and the political climate is tense,” said Mark Dowding, head of investments at BlueBay Asset Management, which manages assets for over $ 106 billion. FT recalls the indications of the International Monetary Fund: a Russian embargo on gas would lead to an economic contraction of more than 5% in Italy and in three other European countries, unless other nations share their supplies.

“It seems that Italy may be the most vulnerable country” to worsening economic conditions, another investor told the Financial Times. This belief is also linked to the decisions of the ECB. The path taken by Christine Lagarde, with the easing of the stimulus programs and the gradual rise in interest rates, could contribute to fueling the tensions on the Italian debt.