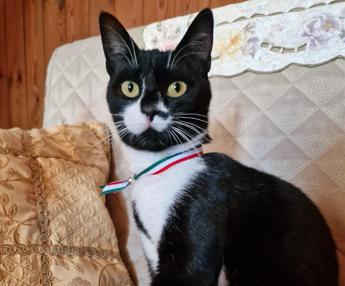 It is certainly the first in Italy, it is called Miao and from today it is the first cat ‘Mayor of the Animals’ of Civita D’Antino. The deputy mayor of one of the most beautiful villages in Italy, Matteo Di Fabio, decided the prestigious assignment and assign it the tricolor band, thus ready to co-manage the administrative commitment with a 4-legged wad.


Miao will remain in office, as is appropriate, one year and then the relay will proceed: each animal will be able to aspire to the office subject to nomination and votes. Miao, housewife cat of Di Fabio’s little daughter, has long been the mascot of the village and her ‘assignment’, decided together with the mayor Sara Cecchinelli, has been conquered by purring. With an “elegant and regal” appearance, as the deputy mayor defines her, she too managed to weave an important “network of acquaintances”.

“Miao has breakfast at home, sleeps at Loretta Fly’s, passes by Filomena, tries to knock on Anna, stops at Mauro and Noemi’s house for lunch, and when it happens she enters the polling stations without forgetting to have a snack from Silva, Sandro and Maria.On the weekend he dines and sleeps at Palmira and Mariagrazia’s bread and breakfast and then goes back to the Novantinum restaurant bar to scrounge something from Lorenzo and Emanuela. I think she also goes to Stefania and Zaina at the Zahrtmann tavern for the famous cod “, explains Di Fabio, who tells how the decision was taken ‘unanimously’. In a year, therefore, the electoral campaign will open in Civita d’Antino. promises to be warm and participatory.