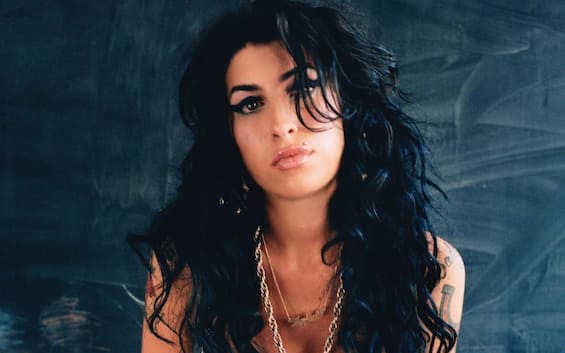 Piercing on the lip, sixties bouffant hairstyle, black eye-liner and tattoos. Nothing really is missing Marisa Abela to immerse yourself in the shoes of Amy Winehouse, at least judging by the photos leaked directly from the set of the biopic dedicated to the singer. However, what is most surprising, net of the great work done to research the iconic style of Winehouse, is the similarity between the actress born in Brighton and the voice of Rehab in a transformation that already leaves everyone speechless.

Marisa Abela convinced everyone at the first audition

Finding an interpreter capable of portraying Amy Winehouse’s charm and talent on screen was not easy for the production of Back to Black, the film that sets out to retrace the short but intense life of the English artist. For a moment he even thought of his colleague Lady Gaga but you never had the feeling that behind those voices and those winks there was really something concrete in the end. At least until Marisa Abela appeared, an audition was enough for the actress born in 1996 to convince everyone, also thanks to the passion for singing that she had never shown before in her still short career. The actress daughter of art has in fact started acting only in 2020, the year after graduating from the Royal Academy of Dramatic Art. His rise is very rapid, since he immediately held important roles in series such as COBRA Of Sky One (it was Ellie Sutherland) e Industry Of BBC Two and HBO (where she had the role of Yasmin Kara-Hanani). Soon we will even see her in the awaited film about Barbie but there is no doubt that the true consecration for the young interpreter can come thanks above all to this role. In addition to the passion for music and English citizenship, Amy Winehouse and her cinematic alter-ego also share Jewish origins and a physical resemblance that emerges above all in these first shots from the set.

One of the photos that has been circulated on the internet shows Abela arm in arm with Eddie Marsan, who will play the singer’s father Mitch in the film. It was the singer’s parent who deliberately delayed the start of a project that has already been talked about since 2018. Back to Black was to be at the time a multi-million dollar production led by Alison Owen (Brick Lane) and with the script of Geoff Dane (Kinky Boots). An ambitious but unconvincing idea Mitch Winehouse, who personally asked for a change of course to guarantee a story as close to reality as possible. Amy had to be saying about him: “Funny, brilliant, charming and tremendous”. The singer’s father was probably still burned by the documentary Amy Of Asif Kapadiawhere the artist of Love is a Losing Game she was portrayed as a fragile woman at the mercy of both her husband and her father (told in a not exactly positive way).

Today, however, the assumptions are very different and everyone seems convinced of the goodness of the project, starting with the singer’s own family, which has given its full support and seems to believe a lot in the director chosen in the end. Coming from very different films such as Nowhere Boy and the adaptation of Cfifty shades of grey, Sam Taylor Johnson she seems determined not to betray the trust that has been placed in her: “I want to create a film that we will all love and appreciate forever, just like we do with Amy”, assured the filmmaker who knew Winehouse firsthand at the beginning of her career . “I first saw her perform at a talent show at Ronnie Scott’s jazz club in Soho and it was immediately clear to me that she wasn’t just a talent,” recalled Taylor-Johnson who plans to tell the 27-year-old of Amy without skipping anything, not even those beginnings in 90s London. Filming began in the English capital this month, in the hope that Back to Black has the same success as the homonymous album from which it takes its name but above all is able to do justice to a true talent, burnt far too quickly.