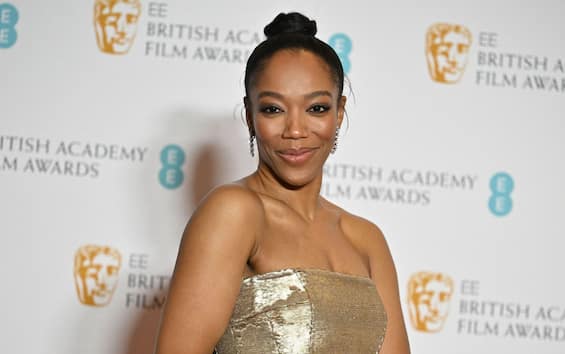 I Wanna Dance With Somebody is one of the most anticipated films of the coming months: the biopic of Whitney Houston interpreted by Naomi Ackie it does not yet have a release date and is still in production, so it can be ruled out that it will arrive in theaters this year. It is more likely that the film will see the light in 2023 but, beyond the considerations on the possible release date, it was the first photos of the actress in the role of the singer that have sparked the greatest hype in the media, where the sensation is was the incredible resemblance between Naomi Ackie and the queen of pop. In fact, already when the poster of the film was released, many had emphasized the way in which the actress traced the features of Whitney Houston and the confirmation came in the last hours with some photos stolen on the set of I Wanna Dance With Somebody .

The similarity between Naomi Ackie and Whitney Houston

Last April, when Sony released the first poster of I Wanna Dance With Somebody, many pointed out the similarity between the two. On that occasion, however, it was more a question of attitude and pose, given the fact that the actress who plays the queen of pop is not framed directly in the face. Yet, since that moment, expectations have been very high for the biopic on Whitney Houston and many have waited a long time for the scene photos to be released in order to better appreciate and evaluate a hypothetical similarity between the actress and the singer. In front of the photos of Naomi Ackie aboard a boat in a break in the filming of I Wanna Dance With Somebody, few now have doubts about the actual similarity between the two. Naomi Ackie’s physiognomy, aided by stage make-up, is such that with a quick glance it is difficult to distinguish the two women. Only with careful observation is it possible to notice the obvious differences between them which, however, are a trifle in front of such a high search for perfection. In the shots stolen from the set, Naomi Ackie wears a blue and pink costume inspired by the roaring Eighties, of which Whitney Houston was a symbol and, above, a long sarong that almost entirely covers her legs. To strike, and to make the similarity even more evident, is the haircut of the actress, which has traced the iconic curly bob that Whitney Houston wore in the years of her rise.

Naomi Ackie is called to a very complex task, being Whitney Houston one of the most loved singers of the twentieth century. Her warm voice about her and her private story so intense about her have made her enter the hearts of the public, who are ready to criticize, even fiercely, any smudges in the biopic in production. “I’ll do my best because that woman gives me shivers down my spine as much as she means to me, to the world, to black women, to women. African American women. I’m going to go all out to make sure she’s portrayed correctly, ”reassured Entertainment Tonight host Naomi Ackie.