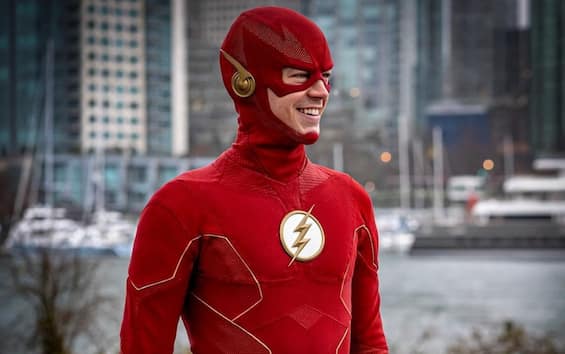 Among the superheroes of the comic book universe DC Comics few have been loved as much as Flash, the fast alter-ego of the forensic chemist Barry Allen born on the page back in 1959. He has undoubtedly contributed to the character’s growing popularity in recent years. The Flash, the series aired since 2014 in the United States and which is preparing for the grand finale almost ten years later.

THE FLASH, THE SERIES READY TO THE LAST SHOT

The announcement came directly from producer and showrunner Eric Wallace: “Nine seasons! Nine years to the rescue of Central City, taking the audience on an exciting journey full of heart, humor and entertainment. Now Barry Allen is now at the starting blocks of the his latest run. So many amazing people have poured out their talents, their time and their love to bring this wonderful show to life every week. So as we prepare to honor the show’s incredible legacy with our exciting final chapter , I want to thank our phenomenal cast, writers, producers and crew who over the years have helped to make The Flash such an unforgettable experience for audiences all over the world. “ Production of the ninth season of the successful series dedicated to the superhero in the red suit will begin in September and then go on air in the United States next year. The 13 episodes will represent the epilogue of the adventures of the character played by Grant Gustin.

Forensic chemist Barry Allen, marked by the trauma of killing his mother for which his father was blamed, will then return for the last time to fight the criminals and metahumans of Central City as the Flash. A long run that of man became the fastest in the world due to a particle accelerator, ready to be granted after almost a decade on our screens.

THE LONGEST SERIES IN THE ARROWVERSE

The Flash he does not belong only to the large group of superheroes branded A.D but also toArrowversethat world that comes from the imagination of another successful series, Arrow precisely. It was precisely two appearances of Grant Gustin / Flash in the adventures of the hooded vigilante that gave the definitive push for the development of a series that today, after the latest renewal, is preparing to close becoming the longest-running in the entire universe of Arrow.