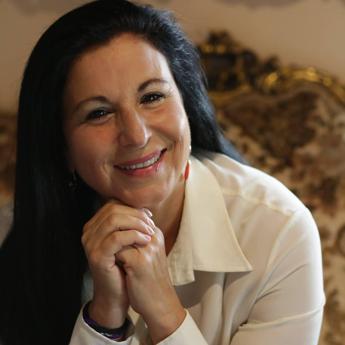 “I still remember the comings and goings of politicians in my office, asking for favors, pushing people, being seen to test the ground. most absolute way and I was ferocious about their interference. Today the violent quarrel, the health policies renewed without a competition. How can I be surprised? This is only the first step to uncover Pandora’s box. I was kicked out because I was not manipulable, I was so liked by the citizens (they collected a thousand signatures to make me stay) but not at all by local politics. The fact that they sent me away in the more general silence of the Democratic Party is a shame “. Speaking to Adnkronos is Isabella Mastrobuono, general manager of the ASL of Frosinone (where she had arrived following a competition) from February 2014 to July 2015, before she was replaced by the extraordinary commissioner Luigi Macchitella, signatory of the resolution published exclusively by ‘Adnkronos with which the extension of the insurance services of the Asl of Frosinone was allowed.


“At a certain point the situation became very difficult and the president of the Lazio Region, even then he was Zingaretti, told me to come away from Frosinone, that there was no need to stay there, and to go to Rome to be general manager Spallanzani. It was July 2015 when he made the announcement of my promotion in the capital “, says the former CEO. And in a note then released by all the news agencies, the governor announced: “It was decided to review the governance of the IRCSS currently administered by a single Commissioner and we have chosen to appoint two general directors, one for Spallanzani and one for ‘Ifo. For this reason, to guide the National Institute of Infectious Diseases, I requested the availability of Dr. Isabella Mastrobuono, in consideration of her curriculum and her professional experience, also recalling her past as a pupil of Professor Guzzanti, putative father of the Institute ” . An appointment, however, then ended in nothing.

But that was just the beginning. “After about a month, a month and a half – continues Mastrobuono at Adnkronos – they told us general managers that we had to do the evaluation at 18 months, which in my case expired in early November. Unlike my colleagues, I they said I should quit because I didn’t pass the assessment, despite all the things I had done. They told me that if I didn’t quit, they would ruin me. And so they did. On November 3rd I was so kicked out for not achieving my goals . Obviously I did not stand by and watch: I appealed to the TAR, which proved me right. Despite the decision of the Court to get me back the post, they did not follow up the resolution, keeping Macchitella (signatory of the resolution published by Adnkronos on the consent to renewals of health policies, ed) extraordinary commissioner, even removing me from the list of general managers of the Lazio region “.

“At that point the Council of State ruled, reaffirming the achievement of the objectives and the illegitimacy of my removal, forcing them to reintegrate me in the position of general manager of the ASL paying me 250 thousand euros – he underlines – the salary that is the 18 months as dg , the pension contributions plus the objectives. At that point, having also won the Council of State, I went to the labor judge for the damage to my image. Another 250 thousand euros. They paid everything. From there I went to Bolzano, then in Calabria, I am now the only party referent for the PNRR appointed by the President of the autonomous province of Bolzano, Arno Kompatscher “.

“I did many things in the area, the first public hospice in the Region, the health houses, in Pontecorvo the first Rems of Italy. I had citizens on my side – concludes the former CEO – but I had all the local politics against me. them no favors, no concessions “.

“When I read about this story I thought: one plus one equals two, as far as I’m concerned I’ve always kept politics away from the company. This was probably the reason why they sent me, my health and administrative director away. . This story didn’t surprise me at all. “