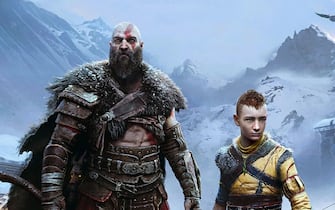 Game of the year award. Competing for the most coveted prize of the event are: A Plague Tale: Requiem; Elden Ring, God of War Ragnarök (pictured), Horizon Forbidden West, Stray and Xenoblade Chronicles 3

Games of Impact Award. The contenders for the transmission of an important social message are: A Memoir Blue (pictured), As Dusk Falls, Citizen Sleeper, Endling: Extinction is Forever, Hindsight and I was a Teenage Exocolonist

Best Indies Award. The prize for the best results obtained beyond traditional publishing systems will go to one of: Cult of the Lamb, Neon White, Sifu, Stray (pictured) and Tunic

Modern Warfare 2, we tried the new Call of Duty in Amsterdam

Nintendo Direct, all the news and games announced during the event