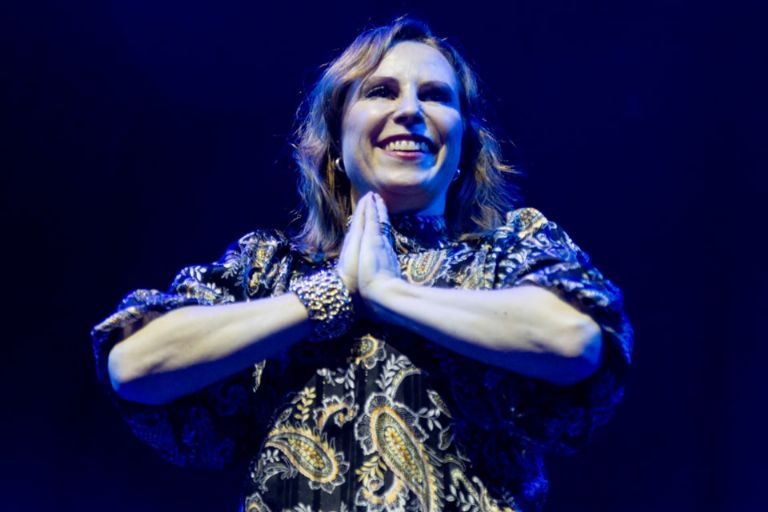 10 years after his last appearance in Chili, The Gathering returned to national soil to make thousands of fans vibrate who came to the Caupolican Theater and filled the coliseum located in San Diego to enjoy their greatest successes and for the 32 years of life of the group.

On the outskirts of the redoubt located in San Diego, the merchandising of the Dutch band together with those of groups such as epicthey were sold early and pleasant 14 degrees felt after 8:00 p.m. in anticipation of a long-awaited reunion by fans of the natives of the Netherlands.

In the prelude to this show, the nationals of arcane poem They did their thing for more than half an hour to welcome the hundreds of fans who began to cover each sector of the Caupolican.

The Gathering in Chile

The Gathering He left at 9:00 p.m. sharp to calm a 10-year wait in which he did not see his Chilean fans. The Dutch made a tour of some of their more than 19 albums editedgiving a good dose of rock to its thousands of spectators who shouted and enjoyed each song.

The first songs to open the fires of this concert were “stronger”, “In Colours” and “Leaves”, where the vocalist Silje Wergeland greeted his fans with a “good night” and in addition to repeating on several occasions the Creole cry “Long live Chile!”. Likewise, there was time, between each song, to approach the front rows and cordially greet all the fans who were glued to the fence.

“Saturnine” of the plate If Then Else It was one of the most sung by the thousands of fans and it is felt that the Chilean public loves this work by the Dutch. In the final part, they left works such as “Great Ocean Road”, “On Most Surfaces” and “I Can See Four Miles”closing an apotheosis and masterful celebration for the 32 years of life of the band and for 10 since its first visit, making it clear that despite the pandemics and everything that has been experienced in recent years in Chile, the love of The Gathering still intact.

Photo gallery of The Gatering in Chile

Chronicle and photos of Bastian Cifuentes. On Instagram @periodistafurioso