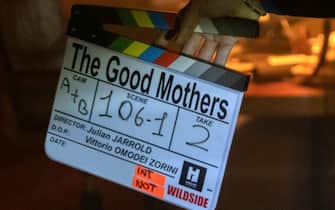 Filming of The Good Mothers, new TV series that we will see soon on Disney + (it will also be visible on Sky Q and through the app on Now Smart Stick), based on the story of three women entangled with the ‘Ndrangheta and determined to stop the dangerous organization. The cast of the new TV series The Good Mothers, as can be deduced given the plot, it involves many women, but also a couple of male figures

After having seen her with Margherita Mazzucco The brilliant friendthe young actress Gaia Girace will be the protagonist of The Good Mothers. Will interpret Denise Cosco

The German-Italian actress Valentina Bellé he also worked with George Clooney in Catch-22, while in 2021 on Netflix he participated in The Divine Codino, film about the soccer champion Roberto Baggio. In The Good Mothers Sara Giuseppina Pesce

The Roman artist Barbara Chichiarelli is known for having lent her face to Livia Adami in Suburra – The series. Here he will play Anna Pesce

Disney +, the tv series The ignorant fairies, Boris 4 and The Good Mothers arrive

Simona Distefano he had a small part in a major and very successful film such as The traitor of 2019, centered on Tommaso Buscetta, repentant and mafia collaborator. In The Good MothersTV series that incorporates some themes of The traitorSara Concetta Cacciola

She is perhaps the most renowned actress of the whole cast: Micaela Ramazzotti now boasts an experience of over 20 years on the big and small screen. Sara Lea Garofalo

Micaela Ramazzotti, the most beautiful photos of the actress

The first male artist we mention is Francesco Colella, born in 1974, whom we will soon see at the cinema with Natural left-handed. In The Good Mothers will interpret Carlo Cosco

Who is the actor Francesco Colella

Finally, after the appearance in Do not hate of 2020, where he starred alongside Alessandro Gassmann, we will see the young actor Andrea Dodero this time in the shoes of Carmine