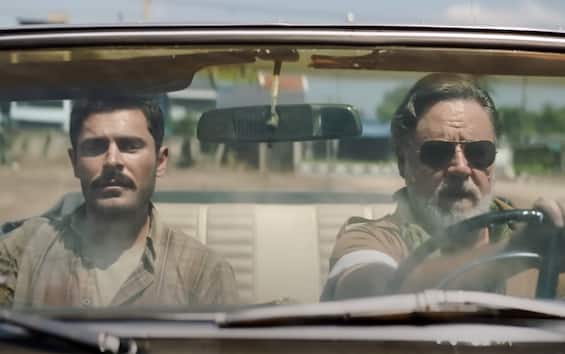 The new Apple film starring protagonists is awaited with curiosity Zac Efron And Russell Crowe in an adventure that speaks of friendship, but also of beer. The Greatest Beer Run Ever it is inspired by a true story, which director Peter Farrelly tried to transpose into a film adaptation that, however, was as close as possible to the real events. The film will be screened for the first time at the Toronto International Film Festival 2022 in a few weeks and then, on September 30, it will be made available on the Apple TV plus streaming platform simultaneously around the world. Meanwhile, the new trailer has been released, providing more information on the story and the script.

The trailer for The Greatest Beer Run Ever

In the few frames that have been released on the film, one immediately senses the sixties / seventies setting of the film. The unprecedented look of Zac Efron takes us back fifty years and seeing the actor, once a teen idol, in the role of an adult with a lot of mustache, is one of the first surprises he gives The Greatest Beer Run Ever. The few seconds of the trailer give a complete overview of the plot of the film, hint at how it will unfold but do not provide particular details about the story, except that in the middle, in this extraordinary tale by life livedthere is a strong sense of belonging to the country, a great friendship but also a few cans of beer.

The plot of The Greatest Beer Run Ever

The plot of The Greatest Beer Run Ever is, in fact, the true story of John Donohue, called Chickie, played by Zac Efron, who in 1967, at just 26 years old, is already a veteran. The context is that of the American pacifist movements during the war in Vietnam and it is during an evening in a pub that Chickie comes up with the idea of ​​concretely supporting the military engaged in Vietnamese conflict, bringing them cans of beer. Chickie goes from words to deeds and in 1968 he is in Vietnam, where he comes across a series of experiences that leads him to get a different idea of ​​the war than the one he had built up to that moment. From there, his initially patriotic and goliardic mission becomes something different and deeper, a journey that intersects with the profound values ​​of friendship.

The cast of The Greatest Beer Run Ever