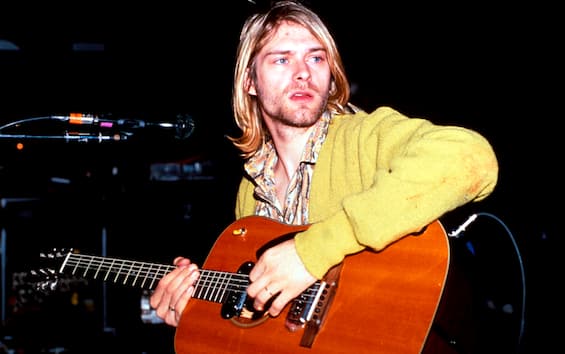 Kurt Cobain’s heirs lash out against the stage version of Last Daysthe “unauthorized” work of the Royal Opera House in London which is an adaptation of the homonymous film by Gus Van Sant, brought to the theater for the occasion.

For those who own the rights of the late Nirvana leader, it is an “unauthorized attempt” to continue exploiting the fictionalized story that recounts the last days of the singer’s life, those immediately preceding his tragic suicide.

“Last Days was created and written without permission, “Cobain’s heirs say in a press release.” This show, just like the film, is an unauthorized attempt to take advantage of the brief meeting with Kurt and Gus Van Sant. meeting has been exploited for profit for thirty years, and that’s it ”, continues the declaration of the musician’s family.

A spokesman for the Royal Opera House issued the following statement in response to the criticisms raised: “The Royal Opera’s production of Last Days is adapted from Gus Van Sant’s cult film of the same name, released in 2005. It is a fictionalized short story and was produced with permission from Gus Van Sant and HBO ”.

The theatrical adaptation of the film Last Days

The play from Gus Van Sant’s film was composed by composer Oliver Leith resident of the Royal Opera House. He was joined in the composition by the Guildhall School of Music and Drama, with libretto by Matt Copson.

The latter co-directs the play, together with Anna Morrissey.
The story centers on a musician named Blake, a pseudonym with which Kurt Cobain is clearly described.

“Blake, a musician, recently escaped rehabilitation to go home,” reads the official presentation of the play. “But he is haunted by objects, visitors and memories that distract him from his true purpose: self-destruction.”

The production of Last Days of the Royal Opera House recently concluded its first performance, which was held from 7 to 11 October at the Linbury Theater in London.

The film by Gus Van Sant

Last Days is the 2005 film directed by Gus Van Sant, presented in competition at the 58th Cannes Film Festival.

This is the final chapter of a trilogy of death that the director started with the films Gerry and Elephant.

The film is inspired by the final days of Kurt Cobain, which culminated in his tragic suicide. Although the protagonist is clearly him, the legendary leader of Nirvana aka one of the biggest names in grunge, all the characters in the film have fictitious names (and often the fictional name is the first name of the actor who plays the role).
The plot tells of Blake, a musician who is at the height of his success. Yet fame is devouring him. To escape the pressures of success, the musician will barricade himself in a cottage that stands in the middle of a forest.
The boy is plagued by severe depression, as the ending will attest.

Although the inspiration from Kurt Cobain’s life is clear, no Nirvana songs appear in the film. Also because, however, from what we understand the heirs of Kurt Cobain would not have given their approval, given that according to them this film is an “unauthorized” attempt to make money on a fictional story that is based on a single fleeting encounter between the musician and the director of the film.

Actor Michael Pitt (who plays Blake, and who in real life is also the frontman of the Pagoda band), as well as Lukas Haas and Rodrigo Lopreste contributed to the soundtrack of the film with some songs they played and sung.