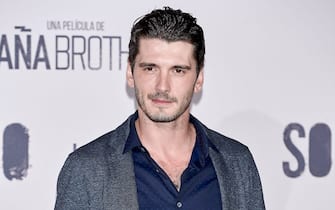 Yon González is the main character of The heirs of the earthsequel de The Cathedral of the Sea of 2018 broadcast unencrypted in 2020. Here, the Spanish actor, already the face of the popular Grand Hotel – Intrigues and Passions And The switchboard girlsis Hugo Llor, the protagonist of this new adventure set in Barcelona in the late Middle Ages

WATCH THE VIDEO: What you need to know about “The heirs of the earth”

Rodolfo Sancho on the show is Bernat Estanyol, Arnau’s son who had taken young Hugo under his protection

The cathedral of the sea, plot and cast of the TV series based on the novel

Mercedes Leon plays Barcha. The Spanish actress is a well-known face of Spanish productions and she was also part of the cast de The secret

Aria Bedmar plays Mercé. She the actress is a well-known face of TV also in Italy where she appeared in the role of Camino in the soap A life

The heirs of the earth, everything you need to know about the TV series

Grand Hotel – Intrigues and Passions, the cast of the TV series. PHOTO

Michelle Jenner plays Mar Estanyol. The actress is known for her leading role in the series Isabella of Castile

The Gilded Age, the new period drama on Sky and NOW

David Solans is the interpreter of Hugo as a young man

Pedro Casablanc is the face of Galcerán Destorrent. The actor has a long career with many works for TV and cinema where he also worked with Pedro Almodóvar

Anna Moliner is the interpreter of Margarida Puig

Natalia Sanchez is Marta Destorrent, who will play a major role in the show’s finale

Maria Rodriguez Soto it is Regina who, on the show, becomes the protagonist’s lover