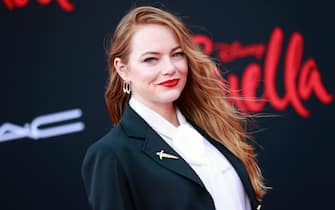 The Help is a 2011 film, directed by Tate Taylor. The protagonist is Eugenia “Skeeter” Phelan, played by Emma Stone. Skeeter is a 23-year-old recent college graduate with a dream of becoming a writer

WATCH THE VIDEO: The Help, the Italian trailer

Viola Davis is Aibileen Clark, a 53-year-old housekeeper who raised 17 children for her employers in her life. She had a son, killed in an accident

The Help: the plot and the differences with the book

Octavia Spencer is Minny Jackson, considered by many to be the best cook in Mississippi. She works for the Holbrook family, but she is later fired and ends up working at Celia Foote, on the outskirts of Jackson.

The best films of Octavia Spencer

Jessica Chastain plays Celia Foote. Sweet and naive, she was marginalized by Jackson’s girls for both marrying Johnny Foote, former boyfriend of Hilly Holbrook, and her humble origins.

Oscar 2022, the list with the winners: Jessica Chastain is Best Actress in a Leading Role

Bryce Dallas Howard plays Hilly Holbrook. Social climber, and leader of her group of friends, all married and with children

WATCH THE VIDEO: 8 films with Viola Davis to see