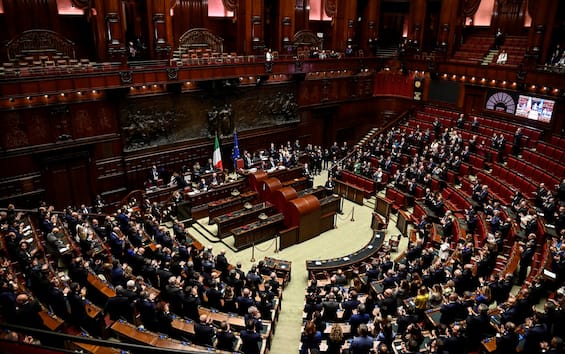 The richest is a Forza Italia parliamentarian, in second place is former minister Giulio Tremonti

It will not yet be the glass palace, but in the name of transparency, most of the big names who sit on the benches of Montecitorio have put their tax returns online on the Chamber website, which refer to 2021, when some of the honorable Members had not yet been elected. The richest is Cristina Rossello, formerly Berlusconi’s lawyer and elected in the ranks of Forza Italia, who declares over 2 million euros and sits on the boards of 6 companies (including Monza football and Mondadori). The deputy from Savona precedes former minister Giulio Tremonti who can boast 1.5 million in taxable income, several properties and two off-road vehicles: a Jeep Grand Cherokee and a Land Rover Defender.

Among the poorest Aboubakar Soumahoro

On the command deck of the hemicycle, the Speaker of the Chamber Lorenzo Fontana, which is slightly over 99,000 euros. Among the poorest Aboubakar Soumahoro, the deputy elected with the Greens and the Italian Left, who recently migrated to the Mixed Group following the investigation into the cooperative run by his mother-in-law, who declared just over 9,000 euros (762 euros a month) and a house in co-ownership. Among the ministers, the income declared by the owner of Agriculture Francesco Lollobrigida is available, which amounts to 103,505 euros and drives an Alfa Romeo Stelvio. On the benches of the opposition sits the secretary of the Italian Left Nicola Fratoianni who as a simple parliamentarian has managed to exceed the 105,000 euros per year.

The neighbor sitting in the segment of Montecitorio reserved for the Democratic Party, the secretary Enrico Letta, declares 350 thousand euros. One of the candidates for his succession to the Nazarene, Elly Schlein, has a tax base of 88 thousand euros. The deputy of Italia viva Maria Elena Boschi has an income of 98 thousand euros and travels in a Yaris. Middle-class income for the leader of the 5-star Movement Giuseppe Conte, who declares just under 35 thousand euros and a 1996 Jaguar. Andrea Orlando’s car is decidedly more modest – a 2007 Fiat Bravo – who became Minister of Labor in 2021 . In that year, Orlando declared 104,269 euros. The founder of the Northern League Umberto Bossi declares 99,702 euros and a house in co-ownership in Gemonio, in the province of Varese.