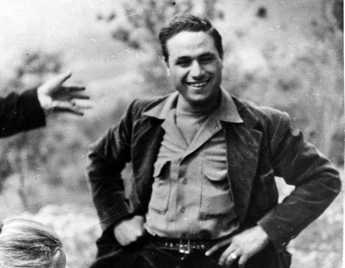 (by Elvira Terranova) -He would have been one hundred years old tomorrow, but in Montelepre, the town that gave birth to him, there will be no anniversary or memory for the bandit Salvatore Giuliano. For some he was a Robin Hood of the peasants, for others a standard bearer of Sicilian independence. For still others, a bloodthirsty in the service of the mafia and the secret services. “The Bandit Giuliano is sadly known and we do not think we remember a person who did not give prestige to Montelepre”, the mayor of Montelepre Giuseppe Terranova told Adnkronos. “Even today there are visits from tourists, both in the tomb of the Giuliano and in the house where he was born – says the mayor – from the tourist point of view we are happy, but Giuliano’s speech is now historicized what happened. We are thinking of organize a conference to clear this figure from a criminal viewpoint and to historicize that moment, but I can’t do it, historians of a certain depth have to do it “. And he adds: “Montelepre is known for the negative deeds of the Giuliano and we want to crystallize that deplorable moment. I remember that 100 murders are attributable to him …”.


Salvatore Giuliano was born in Montelepre (Palermo), on 22 September 1922, to Salvatore and Maria Lombardo. His family just returned from the United States. A peasant family, that of the Bandito Giuliano. Little Salvatore goes to school, up to the third grade, then goes to the countryside with his father. In the 1930s he was hired by the Sicilian General Electric Company. But in the early 1940s, together with his older brother Giuseppe, he dedicated himself to the black market.

In 1944 he forms an armed gang with which he makes some friends and relatives escape from the district prison of Monreale. But he also begins to carry out robberies and kidnappings. Meanwhile, the separatist movement was born in Sicily. In 1945 a recruitment campaign for the Sicilian independence volunteer army (Evis) was started and Giuliano was contacted. In a short time the offensive of Giuliano’s men took off. Carabinieri barracks are attacked, even the men of the police are many victims.

The Bandit Giuliano is considered among the protagonists of the Portella della Ginestra massacre, which took place on May 1, 1947, A massacre, 11 civilian deaths will be. All people who had gathered to celebrate Labor Day. In addition to the dead, there are 60 injured. If not the first, one of the first state massacres. With so many obscure points, despite the fact that 75 years have passed. But the massacres do not stop. With the Bellolampo massacre. The toll is 7 dead and 10 injured. On 5 July 1950 Salvatore Giuliano was killed. His body is found in the courtyard of a house in Castelvetrano. Killed with machine gun shots. But even here, there are still many mysteries. “What is certain is that he is dead”, was the headline, in 1950, of an article signed by Tommaso Besozzi and published in the pages of the weekly l’Europeo, but even this has never been a certainty.

In Montelepre and its surroundings there are still some relatives of Salvatore Giuliano. Last July Pietro Gaglio, 82, son of the sister of the ‘Re di Montelepre’, died. The priest had lived for a long time in Terrasini. And he had always maintained that the murder of his uncle was at the hands of the mafia. Don Gaglio, who was a teacher of religion in middle schools, was the son of Giuseppina, elder sister of the bandit Salvatore Giuliano. The mother, in addition to Pietro, had two other children: Salvatore and Nunzia. Tomorrow will be a day like any other for Montelepre. The hundred years of the bandit Giuliano will go unnoticed.