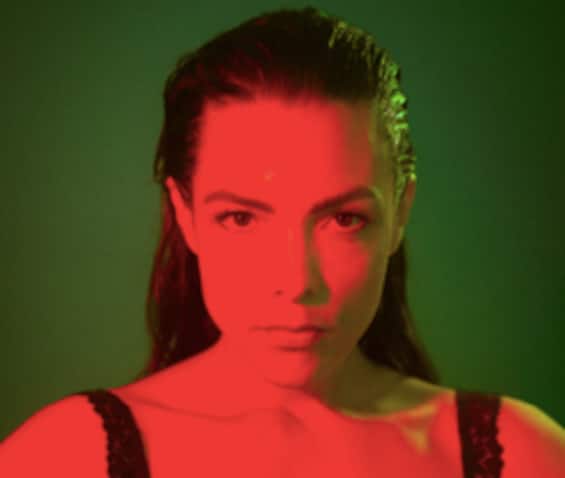 Mysterious new artist, The Jordan has captured over 500,000 streams with the first two singles, ‘You Don’t Even Know Me‘ And ‘Naked In The Sun‘, despite a minimal presence on social media and the little information revealed. Today, The Jordan reveals its identity in Caroline Van Der Leeuwbetter known as Dear Emerald. Dutch singer and songwriter, she went platinum in the UK with ‘Deleted Scenes From Cutting Room Floor‘, the debut disc, followed by’The Shocking Miss Emerald‘, # 1 in the UK, and a long sold out tour with stops at London’s prestigious Royal Alber Hall and Glastonbury’s Pyramid Stage. The Jordan is ready to debut with Nowhere Near The Skythe album coming February 10 on the Cooking Vinyl label and releasing the third single today, ‘The Room‘, the track that opens the album, a wonderful introduction guided by the persuasive voice of the artist who exalts the rush of love and lust in all its glory, between choral sounds and a spiritual atmosphere. Underlining the depth and breadth of his artistic transformation, ‘Nowhere Near The Sky’ is a new chapter in Caroline’s artistic career, between new sounds and the search for candor and truth. Her voice is purer and more powerful than anything she has ever recorded before, between trip-hop and folktronic plots full of magic and mystery. After years of doubts and repressed feelings, her writing finally shows itself pure and unveiled. ‘Nowhere Near The Sky‘is the product of Caroline’s feverish creativity, an outpouring of writing that expresses who she really is. Producing is David Kosten – winner of an Ivor Novello and already at work with Bat For Lashes, Everything Everything, Chris Martin – and Eg White (Florence + The Machine, Sam Smith), as well as Wiger Hoogendorp, Robert Biesewig and Wouter Hardy. Portishead’s Adrian Utley also contributed to many of the songs.

Having recently passed one billion streams, Nina Nesbitt public ‘Colors Of You’the new single taken from ‘Älskar‘, the third album coming September 2nd. The song anticipates the expected and important event that will see Nina Nesbitt play one of the biggest shows of his career, with two nights as a special Coldplay guest. In ‘Colors Of You‘, Nina creates an evocative image of a blossoming relationship, focusing on the little things that make a person different from everyone else. Musically, it is pure romantic elegance, with beautifully drawn lyrics by Nina, adorned with a delicate piano and subtle string accompaniment. The single is co-written and co-produced by Nina Nesbitt with Dan Wilson, a Grammy winner and best known for his work with Adele (‘Someone Like You’). The other co-author of the song is Nick Long (Machine Gun Kelly, Bene Rexha), while the string arrangements are by Davide Rossi (Coldplay, Gorillaz). ‘Colors Of You ‘ offers a new preview of ‘Älskar‘. Born from a period of introspection, loss and fear, it is a record that celebrates life in all its complexities, between holding ballads and references to the 80s that beg for the dance floor.