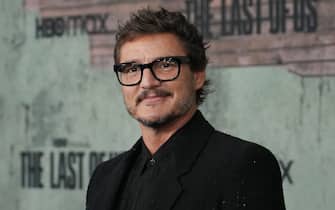 Exclusively on Sky Atlantic and streaming only on Now, in simulcast with the United States, the first subtitled original language episode of The Last of Us, series created by Craig Mazin and Neil Druckmann, creator of the video game from which the TV transposition is taken. One of the protagonists, Joel, is played by Pedro Pascal. Survivor that he is tormented by the traumas of his past of him. Joel is tasked with smuggling a young girl out of a quarantine zone across the United States

The Last of Us: who is Bella Ramsey, the actress who plays Ellie

Tommy, played by Gabriel Luna, is Joel’s younger brother. He is a former soldier who maintains idealism in the hope of a better world

The Last of Us, comes the series that takes us beyond modern civilization

The Last of Us, everything you need to know about the TV series inspired by the video game

Merle Dandridge as Marlene, the Leader of the Lights, a resistance movement hoping to gain freedom from the military

The Last of Us: who is Pedro Pascal, the actor who plays Joel

Among the guest characters, therefore non-recurring, we find Frank, played by Murray Bartlett. Survivor who lives in an isolated town with Bill

The Last of Us: who is the author of the video game Neil Druckmann

WATCH THE VIDEO: The Last of Us, the trailer of the TV series

Melanie Lynskey as Kathleen, Leader of the Revolutionary Movement in Kansas City

The Last of Us, the key visual of the series from January 16 on Sky

Also starring Jeffrey Pierce as Perry, a rebel in the quarantine zone

The Last of Us, all the quotes from the video game in the trailer of the TV series

James, played by Troy Baker (actor who voiced Joel in video games), is a member of a group of settlers

Scott Shepherd plays David, leader of a group of cannibals