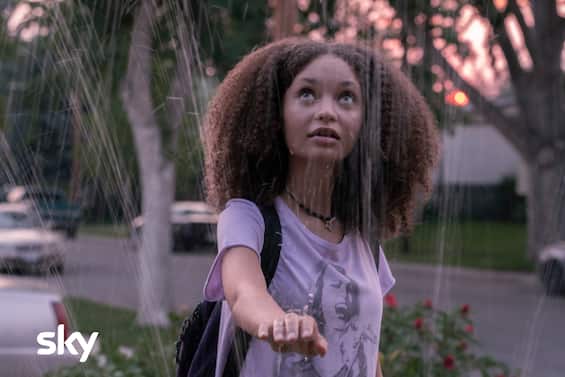 When was the HBO tv series announced The Last of Us, fans of the Naughty Dog video game immediately began to question how much and how faithful it would remain to the source material. The inclusion of Neil Druckmann, the creative director behind the video game, in the production, writing and directing team of the series was undoubtedly able to reassure fans, but the real litmus test came with the first episode which aired on Monday January 16 in its original subtitled version exclusively on Sky and streaming only on NOW, simultaneously with the United States. A test, which must be said, is fully passed. And not because the series is identical in all respects to the game but because it respects its spirit and deviates from it where it is necessary to do so, expanding the stories of the individual characters and better defining their characterization. Here, then, are some of the substantial differences between video games and series as far as we have seen so far.

A difference that perhaps few will have noticed concerns the temporal setting of the main events. The game opened in 2013 (exactly the year of release of the Naughty Dog title for Play Station) and, after an intense prologue, moved the action twenty years later, therefore in 2033. The series makes a different choice: decides to set the main part in a contemporary era and moves the prologue 20 years back to 2003. A coherent choice if we consider that today, unlike 10 years ago, we have the fresh experience of a pandemic behind us and that therefore the immediate spread of the cordyceps mushroom told in the series probably would not have had the same disruptive effect if it had happened after covid.

The video game opens with a prologue, the series even with two. The first scene, in fact, shows us a hypothetical 1968 talk show in which we talk about the dangers brought by viruses and bacteria and a scientist (played by John Hannah) instead theorizes the advent of a fungal pandemic which, under certain environmental circumstances, can devastate humanity by effectively reducing it to slavery. It is a functional element to create a solid foundation for everything that will happen in the rest of the series.

SARAH, JOEL AND THE CLOCK

Sarah, Joel’s daughter, is more protagonist in the series. While she is actually the first player-controlled character in the game, her actions are essentially passive. In the series, however, we fully appreciate her intelligence and culture when she explains to her father and uncle where Jakarta is, we follow her on her way to school, we see her go to get the watch repaired that she gives her father for his birthday (this yes, it also happens in the game). In the series as in the game, Sarah falls asleep and wakes up in the middle of the night alone at home, but if in the game she actually waits for her father to return, in the series it is she who leaves the house and discovers the elderly neighbor transformed into a monster. At that point Joel and Tommy arrive and their escape is very similar to what we see in the video game, up to its tragic epilogue.

THE SPREAD OF THE PANDEMIC

The Cordyceps mushroom pandemic has a different development and diffusion between video games and series. Without prejudice to the possibility of contracting the disease through the bite or the exchange of fluids with the infected, it was decided to remove the spread through spores from the series, which is present in the game. In their place we see tendrils or filaments that sometimes also emerge from the mouth of the infected. They have the function of spreading the disease and also of creating a complex system of communication between the infected themselves, who thus become aware of the presence of nourishment in the draws thus guaranteeing the proliferation of the fungus. The decision to eliminate the spores, the authors explained, was necessary for two reasons: the first is to find a less invasive and pervasive form of diffusion that would justify the survival of the human species 20 years after the start of the pandemic; the second is the desire to lighten the visual aspect by avoiding that the characters often had their faces covered by a gas mask.

The 20-year time jump, in the series, presents us with Joel in his new everyday life, another element that is essentially missing in the game. Before discovering that the man has given himself to smuggling with his new partner Tess, we see him busy in legal work such as collecting and burning the bodies of the infected killed before he can even develop the symptoms of the disease.

If in the game Joel and Tess are busy recovering a shipment of weapons that a smuggler had promised them and instead sold to the Lights, in the series their goal is different: they are looking for a car battery to go to Wyoming to look for Tommy. the brother Joel hasn’t seen or heard from since joining the rebellion. And it is precisely while looking for this battery and the man who defrauded them that Joel and Tess accidentally run into Marlene, leader of the Lights in Boston, who, as in the game, asks them to take Ellie out of the quarantine area.

In the game we know Ellie at the exact moment she is introduced to Joel. In the series the character played by Bella Ramsey is introduced first, we discover that she is a prisoner of the Lights, chained to a radiator, deeply angry. We also almost immediately discover her bond with Marlene, who has known her since she was born and entrusted her to FEDRA, the government army, to keep her safe. And we immediately sense her value, even though we understand the reason only later.

MEETING BETWEEN JOEL AND ELLIE

The encounter between Joel and Ellie is also very different. In the game he is basically peaceful, the girl appears shy and submissive, while in the series she is decidedly more aggressive. Ellie bursts out of a door trying to hit Joel to defend Marlene, who she fears is in danger. On the other hand, before the arrival of Joel and Tess, the hideout of the trafficker Robert was the scene of a lethal firefight with Marlene and Natasha, who were trying to bring Ellie out of the walls which surround the center of Boston.

In general, the action of the TV series is less whirlwind than in the video game. There is far less shooting and only one direct confrontation with a guard in the path Joel and Tess take to transport Ellie out of their lair. On the other hand, as Neil Druckmann explained, in building a video game there is a need to actively involve the user, while in a TV series it is necessary to bring him into the story with different mechanisms and dynamics.