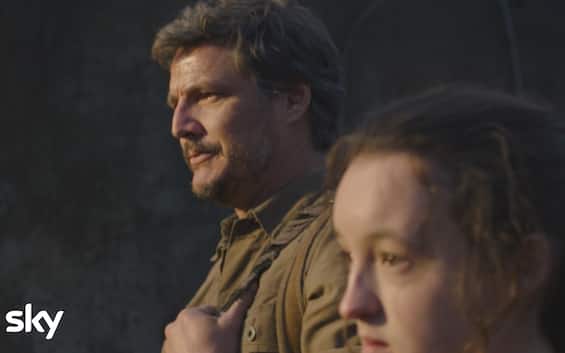 When you’re lost in the dark, seek the light. The long wait is over. The first subtitled original language episode of The Last of Us aired at 3am on 16 January, simultaneously with the US, exclusively on Sky and streaming only on NOW, showing the beginning of the excellent work that Craig Mazin and Neil Druckmann have been able to do in the ‘adapt Naughty Dog’s cult video game into a TV series (THE SPECIAL).

A faithful adaptation in spirit

The path chosen by the two authors is immediately evident: to remain faithful to the spirit of the original work without tracing it, inserting new narrative elements, modifying even significant details to demonstrate that the same great story can be told through different media only if these media are fully aware of the potential and characteristics. Thus, the union of a classy serial writer like Mazin (Chernobyl) and of the creative director of the video game Druckmann, generates a product that already from the first episode shows itself to be fully convincing.

The Last of Us opens with an episode whose particularly long duration is certainly necessary to be able to put all the cards on the table and immediately introduce the viewer to the heart of the story. If the video game has a prologue, the series even has two: one is set in 1968, within a hypothetical talk show of the time, in which an expert mycologist imagines the outbreak of a fungal pandemic capable of taking control on the entire human population. The other, set 35 years later, shows us the sunset of civilization as we know it, the last hours of normalcy.

GLIMPSES OF AN ENDING NORMALITY

And he takes his time, in doing so, he brings us into the lives of Joel (Pedro Pascal) and Sarah (Nico Parker), on their special day, Joel’s birthday. We follow Sarah as she has breakfast, we see her going to school and taking her father’s watch to be repaired. We witness the moment in which she gives it to him fixed, for his 36th birthday, we hear her complaining that he forgot to buy the cake and promises that he will get it “tomorrow” without knowing that the tomorrow they had imagined will never come.

THE WORLD ENDS WHILE WE ARE DISTRACTED

There’s all the sense of family in the first half hour of The Last of Us, while in silence the world is turned upside down. The first impact with the pandemic that breaks out is a blurred image in the background, behind Sarah, with the elderly disabled neighbor struggling with the first convulsions given by the fungus. And the first to perceive that something is changing is not a human being but a dog, because this is how the world ends, slowly, secretly, behind our backs, while we are busy doing something else. Even the first news coming from the TV we hear it in the background, at a low volume, while Sarah is still distracted.

THE CLIMAX OF THE ACTION

The action then plunges into a whirlwind of dramatic events: a woman who has become a monster who raises her face and runs, the congested traffic of people fleeing, the streets of a once quiet town wrapped in an apocalyptic scenario, the planes which, deprived of control, they fall one after the other in and around the town. Everything is functional to build an emotional climax that has its peak in the scene that, even before halfway through the first episode, breaks the viewer’s heart for the first time.

The second part of the episode takes place twenty years later. The world has completely changed, Boston is under martial law, an underground band of rebels who call themselves “Lights” fights the military government dreaming of an impossible revolution. Pedro Pascal shapes a new Joel who has lost hope and ideals but has found in Tess (Anna Torv) a new life partner and in the search for his brother Tommy (Gabriel Luna) the purpose of a new mission. Chemistry changes completely with the arrival of Ellie.

AN IMPOSSIBLE YET Irrepressible ADOLESCENCE

Bella Ramsey is extraordinary, she immediately characterizes her character in a strong and decisive way. Unlike what happens in the video game, Ellie knows no shyness, she is impudent from the beginning, which is a decidedly consistent aspect with the brief life experience of a teenager who grew up in a military school in a world full of distrust of others . There is inexperience in his 14 years but no naivety. There is, above all, the sense of a denied childhood and of an impossible yet irrepressible adolescence.

THE REAL MONSTERS ARE NOT THE INFECTED

There are few “monsters” in the first episode. They just glimpse each other, they chase but never reach the protagonists. There is no direct comparison with them, not yet. But this does not mean that there is no lack of anguish and a sense of danger. The real monsters are not the infected, Mazin and Druckmann seem to want to tell us, who instead repeatedly frame them for what they are: victims. The real monsters are the cordyceps mushroom, the spreading pandemic, the initial uncertainty of being healthy or sick, the growing awareness that there can be no escape route, because the enemy is already everywhere. And it is we, the human beings, who are both victims and architects of a loss of humanity that is typical of the struggle for survival.