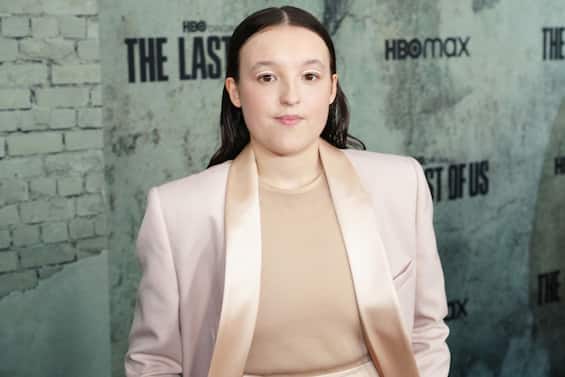 From video game to TV series. The Last of Us is ready to arrive exclusively on Sky and streaming only on NOW from Monday 16 January, when the first episode in the original language subtitled in Italian will be simulcast with the United States, at 3am Italian. And viewers will immediately get to know Ellie, co-star with Joel in an on the road adventure made up of the struggle for survival and moments of intense emotion, played in the TV series by Bella Ramsey. That’s who she is.

He started acting when he was four

Born in Nottingham on 30 September 2003, Bella Ramsey is a nineteen-year-old British actress, already known to fans of TV series, the American audience of HBO and the Italian audience of Sky. She began acting as a hobby at the age of four, attending Stagecoach Theater Arts courses in Loughborough for seven years. There her talent began to blossom, becoming particularly evident over time, until she landed a very important part in 2016.

THE DEBUT WITH GAME OF THRONES

The role that kick-started his career is undoubtedly iconic and part of a hugely successful series. Bella Ramsey was indeed the Lyanna Mormont of game of Thrones, very young lady of Bear Island, under the reign of Winterfell. An interpretation unanimously praised by the critics. Debuting in the sixth season, Bella Ramsey was part of the cast until the finale in the ninth.

OTHER WORKS IN TV AND CINEMA

In 2020, he starred in another HBO series, the second season of His Dark Materials (the third is currently underway on Sky Atlantic). In 2021 it was announced that she would play the role of Ellie in The Last of Us. Bella Ramsey has also acted in the cinema, making her debut in 2017 with the short film Eleftheria and then working with directors such as Etan Cohen (Holmes & Watson – 2 of masterminds in the service of the queen) and Lena Dunham (Catherine).

THE ROLE IN THE LAST OF US

In a recent interview he defined The Last of Us even “more engaging” than game of Thrones from an acting point of view: “I’ve never had to do much with the Strangers – he said – that was all green screen for me. I was in a huge 20 foot green space. The Last of Us was much more immersive.” The reason? The fact that she was chased by “monsters” in the flesh: “Terrible actors who worked with a coach to do those kinds of movements and everything. Yes, it was very scary.”