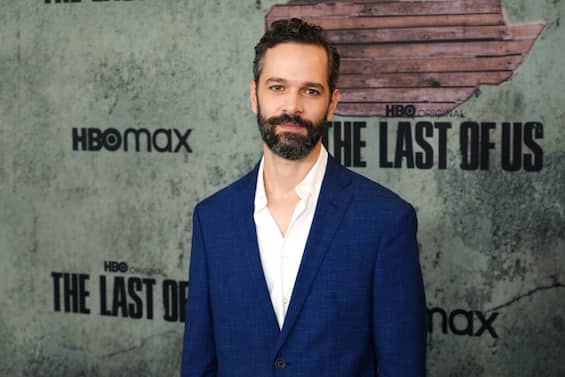 Can a great story remain great even when it changes medium? How much is it possible to adapt a video game into a film or a TV series. These are all questions that have marked the long wait for The Last of Us, the HBO series that from January 16 will arrive exclusively on Sky Atlantic and in streaming only on NOW, with the first episode in the original language at 3 am in simulcast with the United States, subtitled in Italian, while the dubbed episode will be available from the following week. In both cases, one episode will be released per week, for nine weeks, all also available on demand (THE SPECIAL).

FROM VIDEO GAME TO TV SERIES

The question with which this article opens was also asked by Neil Druckmann, creative director for the development of the Naughty Dog video game for Play Station released in 2013 and unanimously considered a masterpiece of videogame art. With a long experience in the field of video games, first as a programmer and then as creative director, and several excursions into comics, Druckmann is making his debut in a TV series of which he is co-writer, co-producer and director of an episode. His involvement, which HBO considered essential for the success of the project and which, given the excellent reviews obtained by the series, seems to have been a good choice.

THE DEBUT IN VIDEO GAMES

Neil Alan Duckman was born in Israel on December 5, 1978 and as a young man, thanks to his brother, he approached the world of comics and video games, developing a particular passion for the graphic adventures of Sierra Entertainment and Lucas Arts. He moved to the United States at the age of 10, he lived and studied in Florida and it was at Florida State University that he began developing his first video games. After earning his bachelor’s degree in Computer Science in 2003, he moved to Pittsburgh to pursue a master’s degree in Entertainment Technology at Carnegie Mellon University. During this time he and colleague Alan Blomquist developed the game Dikki Painguin in: TKO for the Third Reich for Nintendo.

THE LANDING AND THE ASCENT IN NAUGHTY DOG

The meeting that changed his life occurred at the Game Developers Conference with Jason Rubin, co-founder of Naughty Dog. In 2004 he joined the company as a programmer intern and was then hired full-time. He developed the games Jack 3 And Jack X: Combat Racing and, outside working hours, he worked hard to present his design projects and obtain the coveted transfer to the design team, an achievement he soon achieved, when he was appointed designer for Uncharted: Drake’s Fortune, the first chapter of the successful saga recently adapted to the cinema in a film starring Tom Holland. His career at Naughty Dog never stopped and in 2013 The Last of Us arrived, his first title created as creative director, on March 9, 2018 he was appointed vice president of Naughty Dog.

BEYOND VIDEO GAMES: ANIMATION AND COMICS

An award-winning video game author, Druckmann has had other storytelling experiences. In 2009 he worked on the animated short film Uncharted: Eye of Indra; in 2010 his graphic novel was released, A Second Chance at Sarah, in which he imagined he could travel back in time to meet his wife at a younger age. He then made the comic series with cartoonist Faith Erin Hicks The Last of Us: American Dreamsa prequel to the video game that chronicles Ellie’s childhood.

DIFFERENCES IN THE WORK BETWEEN VIDEO GAMES AND SERIES

As already mentioned, The Last of Us it is his first TV series and sees him engaged as co-author, co-producer and director of the second episode. Interviewed by Comic book on his first experience on the set, Druckmann recounted his impressions: “When we shot the first episode I was just a producer and I got to see the process. The first thing that surprised me is how similar it is. You know, working with actors is working with actors. Working with scripts is very similar. The overall art direction is very similar.” But then he also spoke about some important differences: “The big difference is the order in which the operations are carried out. In the video game, when we work on the motion capture phase, it could take months or years before we see that scene completed. Only then we can think of camera angles, costumes and special effects. Here you have to plan everything in advance, because once you say ‘action’, what you see in the shot is pretty much what you will see in the show. So there’s a lot more preparation ahead of time, really meticulous preparation.”