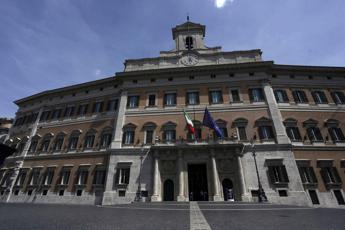 “Development and solidarity as the foundations of an authentic democracy have been the pillars of political action” by Giovanni Marcora “and represent an indication for today”. The writes it President of the Republic, Sergio Mattarellain a message sent to the conference “The legacy and relevance of Giovanni ‘Albertino’ Marcora”organized in the Sala della Regina di Montecitorio by Cooperation Finance Enterprise (CFI) and Centro Studi Marcora, one hundred years after the birth and forty after the death of the DC exponent.

“Giovanni Marcora – ‘Albertino’: his name as a partisan accompanied him in his long public commitment – was one of the builders of the Republic. He fought in the Resistance – recalls the Head of State – to make the Italian people conquer freedom, democracy, affirm the reasons for peace and the dignity of people. He dedicated his commitment and passion to political participation, becoming mayor, parliamentarian and minister, always careful to keep modernity and solidarity together. As a parliamentarian he did not hesitate to propose a penetrating reading of the Constitution in the relationship between the mandatory duties of the citizen and respect for everyone’s values ​​and was a promoter of the approval of the law on conscientious objection to military service”.

Giovanni Marcora “was well aware of the problems of producers and of the rural areas of the country. A convinced pro-European, as Minister of Agriculture, with the concreteness that characterized him, he was able to bring the reasons for a rebalancing of agricultural policies in favor of Mediterranean, combining technical-productive progress with that of those who live and work in agriculture”.

“In his action as Minister of Industry, he dedicated himself to making protagonists those who would have found themselves paying prices from the economic-productive transformations, safeguarding jobs. Well marked in him -concludes Mattarella- was the democratic Catholic matrix that has placed at the service of the common good, of strengthening the republican edifice”.

Giovanni Marcora was “the Minister of Agriculture most loved by insiders, and with a vision: of entrepreneurial growth, which went beyond the primary sector traditionally understood by developing the supply chain and providing it with a driving force, that of consortia. And so Italian agriculture has equipped itself with our sustainable and strong agri-food”. So the president of the Italian Cooperative Alliance Maurizio Gardini.

For the president of Cfi – Cooperation Finance Enterprise, Mauro Frangi “when the crisis destroys jobs, the State is called to choose between responsibility towards those who lose their jobs and who need to be helped, and the need to invest in development to remove the causes of the crisis. The Marcora law solves the dilemma between development and assistance by investing in the commitment of workers who, in restarting businesses, have the State by their side”.

Giovanni Marcora “considered the growth of the real economy, starting from the agricultural sector, an instrument at the service of social justice and the more equitable redistribution of wealth”. Like this Adolfo Urso, Minister of Enterprise and Made in Italy, in the message sent on the occasion of the conference. 40 years after the death of Giovanni Marcora, Urso recalls that “he was convinced that a real and modern development of the country could not be started without a decisive action to renew the national productive and commercial apparatus, to increase the competitiveness of the system compared to the competition foreign”.

Marcora “had intuited that the difficult path of European integration was an indispensable scenario within which to direct the great political choices of our country but at the same time the European economic community could represent an opportunity for the modernization of Italy and the strengthening of its own international position within the framework of the Western powers”. “His pre-eminent conviction of the primacy that politics and political ethics must have over the economists should be underlined”, continues Urso, adding that “in his name today we can recover spaces for comparison, debate, dialogue, deepening of fundamental questions for local and national life. His memory guides us to bring ethics back to the center of the life of the country, of public and private behavior, of reflection and political action in the short and long term”.

Giovanni Marcora was characterized by “the framework of the European approach in respect of the institutions but with the aim of safeguarding the peculiarities”, the same spirit “with which we are preparing to face the challenges of the Pnrr and the Repower Eu”. Like this Raffaele Fitto, Minister for European Affairs, Cohesion Policies and Pnrron the occasion of the conference. “A person who represents a democratic point of reference and concrete commitment” who stood out on the European front for “the concreteness in relationships aimed at identifying solutions but also looking beyond the aspects that may seem unmodifiable”, an aspect evident in his commitment in “bringing back Mediterranean productions to their central role on the agricultural front”, opposing “to rainy interventions” but focusing “on planning”.

“Concreteness and pragmatism which represent the key to his commitment and which must also characterize our commitment”, concludes Fitto.

“His personal and cultural character, made up of concreteness, pragmatism and moral rigor as well as firm adherence to the values ​​of democratic Catholicism, has distinguished his commitment as a parliamentarian, man of government and local administrator”. So the President of the Chamber Lorenzo Fontanawho attended the conference. “I find a sentence of Giovanni Marcora particularly significant: ‘What Christians we would be if we forgot that politics cannot be conducted without ideals, without principles, without moral rigor!’ A precious and still extremely topical incitement”.

“Marcora does not limit himself to financial instruments – he continues – but identifies the cooperative model as the most suitable for helping workers overcome this challenge. A law for the development of the country and for the emancipation of people”, a law “of activity of work, based on the protagonism of the workers and which bets on the owners of the company”.

“Today we are perhaps ready to bring the experience of the Marcora law even more into focus, with a framework law. Because it is a just law”. So the deputy Bruno Tabacci on the occasion of the conference. A conference particularly appreciated by Tabacci, considered “the complex political phase we are going through, not for the electoral outcome but for the conditions that animate this phase so fraught with question marks”.

Agriculture “abandoned and condemned to welfarism, in a marginal condition, Giovanni Marcora wanted it to be central, strengthening international alliances to make Mediterranean agriculture an agriculture that could stand comparison with the major European powers, passing from rain subsidies to programming “. Like this Giuseppe Guzzetti, former president of Fondazione Cariplo and Acri. Marcora, adds Guzzetti, who was a pioneer of sustainability, among the first to recognize agriculture’s role in environmental recovery.