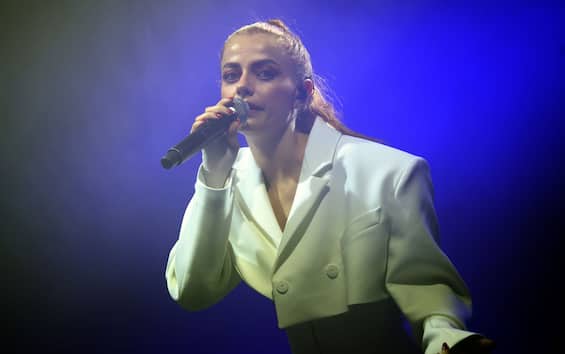 Milanese concert for Annalisa, which tonight, Friday 28 October, will be the protagonist on the Fabrique stage for a unique event of its kind. In Milan, in fact, Annalisa has a large audience to leverage on, a varied audience that loves almost every song of her and is ready to follow her everywhere. From Friends of Maria De Filippi, Annalisa has come a long way and to prove it there is also the fact that, by now, the general public no longer even needs to identify her with her surname. Annalisa’s artistic path has been linear after her release from the talent, in continuous ascent also thanks to always different songs that the singer has managed to produce and which, in many cases, have climbed the charts.

Annalisa in concert in Venaria, the lineup

One of the characteristics of Annalisa’s music is its extraordinary versatility. The singer, in fact, manages to range with lightness from smash songs summer, which are always very successful, to introspective, almost intimate songs. A peculiarity that has led her to greatly expand her audience, welcoming various kinds of fans. She is one of the few on the scene to range on such a large scale and for this reason the lineup she designed for the fall tour is particularly interesting. Although some of the most famous songs from her repertoire are missing, Annalisa has tried to create dynamism and movement in her lineup, where however there are several deep songs and romantic ballads. In 10 years of career, Annalisa has not produced a large amount of songs, preferring to alternate long pauses between one album and another. A stratagem that has allowed her to retain a large number of music lovers and to crystallize her songs. There is no official lineup for this tour but it is likely that even in Milan the order of the songs will be this:

After Milan, Annalisa will close the tour in Padua. Perhaps due to the imminent start of work on a new record, she preferred to concentrate all the dates of the autumn tour in a single month but this did not prevent her from touring Italy from north to south. It is not excluded that in the coming weeks the singer do not add new appointments for the next few months. Fans hope so.