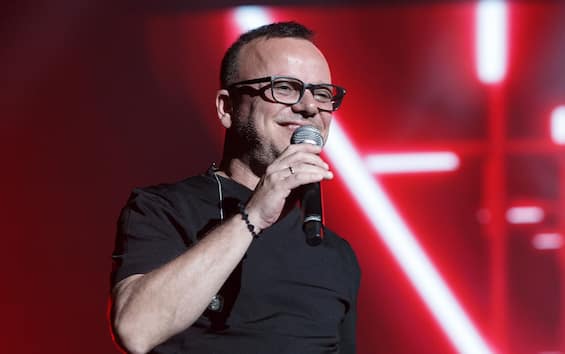 The tour of Gigi D’Alessio, which tonight, Tuesday 8 November, will perform at the Giorgio Gaber opera house in Milan. Another sold-out concert for the Neapolitan singer-songwriter, who for weeks has been touring the country from theater to theater with his concerts. There are already thousands of people who have presented themselves at the gates of the locations chosen by Gigi D’Alessio for his performances and also in the coming days, all the dates will be sold-out until the end of the tour. The concerts were a success for Gigi D’Alessio, who sang in front of thousands of people from north to south. The singer-songwriter had the ability to insert himself in the Neapolitan musical tradition, bringing a breath of fresh air that made him loved by a transversal audience, not only from Campania.

Gigi D’Alessio in concert in Milan, the lineup

Gigi D’Alessio is one of the last singers to have made a long musical apprenticeship. He started his career from the bottom, singing at weddings in Naples: so he made himself known throughout the region, becoming the most requested. His fame quickly crossed regional borders and from there began his rise to the elite of Italian music, which gave him more than a few satisfaction, as evidenced by the extraordinary success of the concert organized to celebrate his 30 years of career. A unique event in Piazza del Plebiscito in Naples, which saw the participation of thousands of people, who acclaimed him for his voice and his music. The artist has not disclosed the schedule of the tour, but unless last minute changes, the order of release of the songs of Gigi D’Alessio will be as follows: