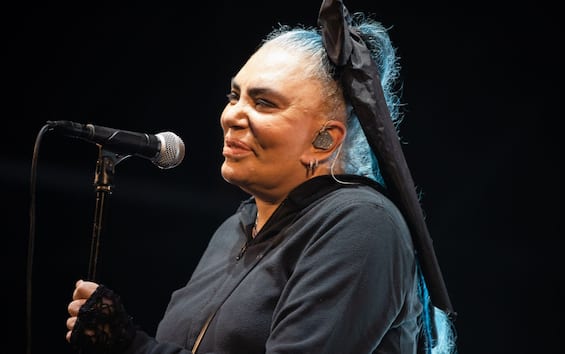 Immense like few other colleagues, Loredana Bertè she is one of the most loved singers by the Italian public. Biting voice, power and grit are the elements that distinguish her music, which for decades has become a hymn to freedom and the desire to always be yourself. Over the years Loredana Bertè has been able to conquer large slices of the public showing herself without superstructures for better or for worse. The pains that the rocker carries inside her are known to all, from the death of her sister to the conflictual relationship with her father to her unfortunate love stories. All those torments, Loredana Bertè manages to transfer them through her songs and her music, catalyzing the attention of the thousands of people who flock to her stage at every performance and concert. This evening, Tuesday 6 September, Loredana Bertè is in concert in Prato: the seats sold-out in a few days and in the city the wait for his performance is skyrocketing.

Loredana Bertè in concert in Prato, the lineup

The repertoire of Loredana Bertè is extraordinarily wide. There are dozens of hit songs that the rocker has made in decades of career. Songs that have crossed the ages, becoming transversal generational anthems, sung at the top of their lungs even by those who were not yet born. I’m not a lady is one of the symbolic songs of the musical production of our country, its energy and its profound meaning are the plus that has made this song one of the most sung and played on the radio ever. But at her bow, Loredana Bertè has numerous arrows and has managed to structure one extraordinary lineup for his summer tour, now in the process of being exhausted, which ranges from the oldest to the most recent songs in a crescendo of emotions and energy that overwhelms and involves everyone present. Anyone who goes to a concert of Loredana Bertè knows at least one song of those in the lineup which, unless changed, should be like this:

After the appointment in Prato, the calendar of Loredana Bertè’s summer concerts still includes at least two dates, which will bring the rocker to perform in Reggio Emilia on 13 September and subsequently in Lanciano, in the province of Chieti, where the rocker will end her tour. summer the September 16. An indoor tour in Italian theaters is scheduled for the next few months.