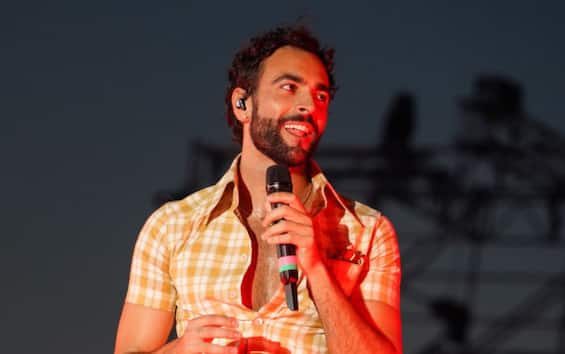 Great anticipation for the concert tonight Marco Mengoni at the Mediolanum Forum in Assago (the fourth and last of the Milanese events). The singer is on a series of dates that will cover several cities, many of them with more than one date. A necessity for the singer, considering the speed with which tickets sold out in many cities. A demonstration of absolute love by the public who for over 10 years has followed Marco Mengoni, one of the most successful artists in recent years in Italy.

Marco Mengoni in concert in Milan, the lineup

One of the most important pluses of Marco Mengoni in his musical career was the ability to telllove without barriers. His songs often have as their theme that of universal feeling, without sexual orientation and without distinction, just to underline the absolute need to have this feeling in one’s life. Also for this reason there are many Marco Mengoni fans who manage to identify themselves in his songs and in his music and who flock to each of his concerts with enthusiasm. There are rare events that see him as a protagonist that do not reach a full house, as this part of the autumn tour also demonstrates. Marco Mengoni’s repertoire is particularly wide and even the themes, unlike what those unfamiliar with his production might imagine, are different. In fact, if it is true that in most cases Marco Mengoni sings love, there are also many songs that have as their theme the nuances of the human soul, its frailties and weaknesses, which often disregard sentiment. The lineup of Marco Mengoni’s concert at the Mediolanum Forum in Assago is a synthesis of the artist’s production of the last decade, who has been able to enclose his most iconic songs but also the new proposals, which already have conquered the tastes of his fans. Unless changes that could be made by Marco Mengoni, the lineup of the concert of the Mediolanum Forum should be structured in this way:

The other dates of Marco Mengoni

After thequadruple appointment of Milan, Marco Mengoni is expected in Pesaro, Rome, Casalecchio di Reno, Turin, Eboli. It is not excluded that further dates will be added for the coming months, further enriching the indoor calendar.