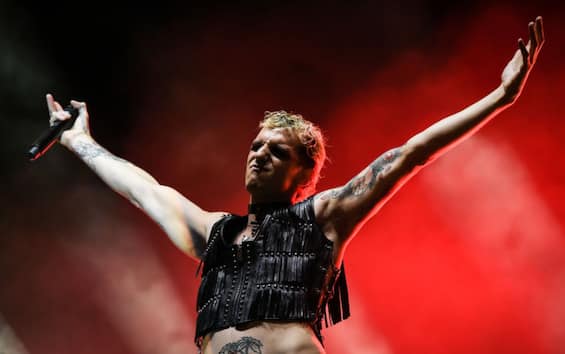 Despite Achille Lauro both on the music scene for several years now, that 2022 is his first real tour. For various reasons, the Roman artist had never performed live in Italian squares and his debut was received with great favor by the public, as evidenced by the great turnout at his concerts. Achille Lauro is a multifaceted artist, more of a performer than a singer, as he too demonstrated at the Eurovision song contest, where he appeared on stage riding a mechanical bull under the banner of San Marino. That experience was not particularly lucky for Achille Lauro, so much so that he did not hide his disappointment at the end of the event, declaring that he wanted to return to devoting himself above all to music. The lineup of the Achille Lauro concert in Lecce on August 7 traces the career of the performer up to now, to give an intense and fun concert to the thousands of people who are ready to come to the Pala live for his performance.

Achille Lauro in Lecce, the lineup

Achille Lauro’s lineup for his Superstar Tour concerts includes almost 30 songs, which the artist has selected with great care and attention to offer a complete show. From the most intimate songs to the more rhythmic ones, Achille Lauro wanted to make an important selection of his songs and so far the public has shown to particularly appreciate his work, so much so that many concerts of the tour have sold out in a few days. There are numerous songs that Achille Lauro has managed to transform into chart hits, with that unique and easily recognizable style that has now become his indelible stamp in the Italian music scene. The Roman artist has not released the official lineup of his concert in Lecce but, so far, net of some small changes, it has always been the same for all the concerts he has held since the beginning of July. Here, then, is the most likely release order for his songs:

After Lecce, Achille Lauro is expected for another series of concerts until the end of the tour, set for September 12 in Pisa. In the meantime, however, he will still perform in Osimo, Gubbio and Prato for the last four stages of the tour which started from Milan for a total of 16 stages.