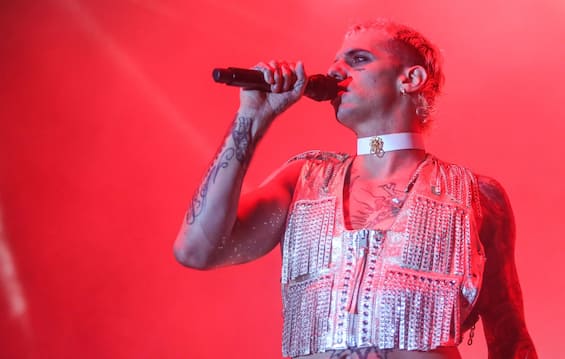 It is almost at the end Superstarthe 2022 tour of Achille Lauro. Special stages for the Roman singer, who, although he has been on the music scene for some years, had never performed in the Italian squares. A real live debut, immersed in his audience, what Lauro experienced in the almost 19 stages of the tour that saw him engaged throughout Italy in the months of July and August. Starting on 3 July from the Stupinigi Hunting Palace in Turin, the singer and performer recorded a great turnout at his concerts around the squares of the boot. A success that comes after the disappointment of the Eurovision song contest, to which he presented himself under the flag of San Marino. At the end of the event, Lauro had declared that he wanted to go back to thinking only about music and the events that saw him plow the stages of many Italian cities were proof of this.

Achille Lauro in Taranto, the ladder

The stage number 19 of the Superstar tour sees the singer go on stage on the evening of Thursday 8 September in Taranto, on the occasion of the second evening of MediTa Festival, kermesse organized by the Magna Grecia Orchestra in collaboration with the Municipality of Taranto and the Puglia Region. The feature will be the background to the event Rotunda of the Taranto seafront. The lineup of the Achille Lauro concert in Taranto traces the career of the singer, from the first successes that made him known to the general public to the latest experiments. In the concerts of Superstar Tour Lauro performs in nearly 30 songs, selected by the singer himself very carefully to provide his audience with a varied picture of his musical expression. There is no shortage of more rhythmic and well-known songs, interspersed with more intimate ballads, which the public seemed to appreciate, so much so that they sold out on numerous dates in a few days. The official lineup of the Achille Lauro concert in Taranto has not been published, but the basis of the selected songs has always been the same for the concerts that the singer held during the tour. So here is the most likely order of exit:

After Taranto, Achille Lauro is approaching what will be stage number 20 of the tour. The last appointment with his live music will be held in Pisa, on 12 September in Piazza dei Cavalieri.