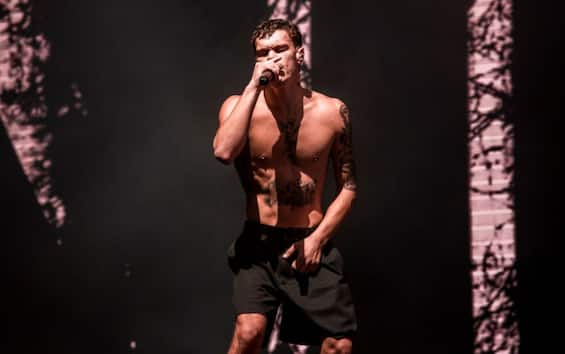 Blanco is preparing to fill the square of Matera with a new concert, part of his summer tour. The singer, who this year won the Sanremo festival paired with Mahmood and participated in the Eurovision song contest in Turin with Chills, even if he has not achieved a noteworthy result in international competition, he is finishing a rather demanding summer tour that has given him great satisfaction. The success of the tour was such that the singer’s entourage even added new dates to meet the demands of the public. Although very young, just twenty, Blanco has a respectable lineup in his concerts and also in Matera, in the incredible setting of the Sassi, he is ready to make thousands of fans dance to the rhythm of his music.

The ladder of Matera

Blanco does not have a particularly large musical repertoire, also because it has only been in business for a few years. However, his songs are loved by the very young and, even if with limited means, he manages to drag the audience for about two uninterrupted hours of music. There are many BIS that are asked of him by the fans and Blanco so far has never denied a repeat, indeed. In addition, the very young singer has a rather high feeling with the public, precisely because they are generally people of his age to whom Blanco feels very close. Blanco’s lineup in Matera has not been officially made known but, referring to the concerts held in other cities during the tour, this should be the order of output of the songs chosen by the artist:

At the end of the important stage of Lucca Summer Festivalthe singer with an Instagram post said: “After the concert I cried I hadn’t done it for a long time.

For a variety of reasons pain, joy of that moment and the beauty of the imperfection of bad luck and the luck of how things happen. I’m a very normal guy who started writing in his basement 3 years ago for fun because I loved music and I love it “.