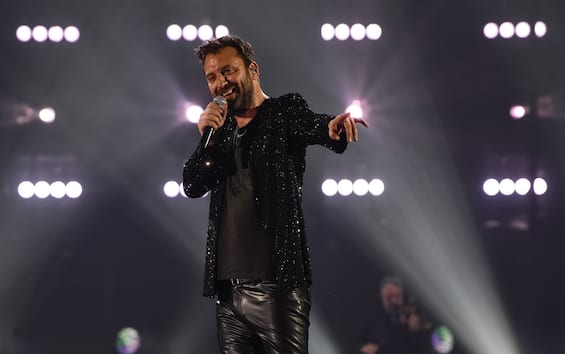 Cesare Cremonini is a new generation old style singer-songwriter, as few have been emerging in recent years. Poetry and music come together in his songs to bring magic to life. Not everyone, at the beginning of the 2000s, would have given credit to that very young Bolognese singer with red hair and sunglasses that he sang 50 Special, a song that brought Lunapop to success. After 20 years, however, after putting his youth experience with the Emilian band behind him, Cesare Cremonini was able to conquer audiences and critics with his songs, at times deep and at times light-hearted, but always with an important meaning of base. For some, although he still has a long way to go, Cremonini can be associated with the great Italian singer-songwriters of the seventies, those who are still considered points of reference by the new generations today. Success certainly is not lacking for Cesare Cremonini, as demonstrated by the sales and streams of his records and the concerts that are always sold-out. This evening, Monday 14 November, and for the next three datesCremonini will be on stage at the Mediolanum Forum in Assago, just outside Milan.

For this autumn concert session, Cesare Cremonini has chosen an uncommon formula in our country. Instead of moving from city to city every day, the Bolognese singer-songwriter chose three locations and in each of these he stayed for four days. A choice that he seems to have paid for in terms of tickets sold, considering the sold-outs of most of the events. On the other hand, today Cesare Cremonini can allow himself to experiment with alternative solutions, considering the success achieved and the large hard core of the public that follows him in each of his performances. One of the secrets of the success of Cesare Cremonini’s concerts is undoubtedly the ability to expertly mix the pieces of the period Lunapop with those of his solo era. On the other hand, if today he got to where he is it is also thanks to those songs and to that light-hearted period of youth. Cremonini’s repertoire is very wide and varied and in the lineup of this autumn session he managed to put a bit of everything into it, satisfying even the most demanding fans. Cesare Cremonini has not made the lineup of the autumn session official, but unless there are last minute changes, the exit order should not be different from what has already been seen previously:

Cesare Cremonini and the 2023 stadium tour

After the four appointments at the Mediolanum Forum in Assago, Cesare Cremonini has no plans for other outings until next year. However, the dates for the summer tour in the stadiums, which will start next June and for which tickets are already on sale.