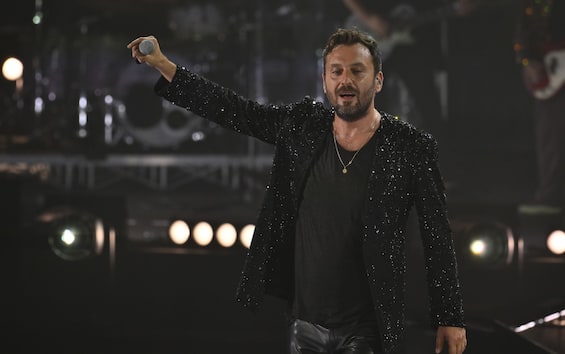 For some artists, there are cities where concerts take on a different flavor and value. For many it is the home city, for others the one linked to a particular event, for everyone it is the one where the heart beats a little faster when you step on the stage. For Cesare Cremonini this city can only be Bologna, where he was born, where he grew up and where he started playing, maintaining a strong bond with everything that concerns it. Tonight, Monday 7 November, everything is ready for the concert in Casalecchio di Reno, near Bologna, where thousands of people are expected. Not all those who would have liked to participate will be able to be there, given that the tickets sold out in just a few days, despite the 4 dates scheduled for the tour, which Cremonini preferred to concentrate with different dates in a few cities. Yet another confirmation of the extraordinary success of Cremonini, the boy from Bologna, on whom few would have bet at the beginning of the 2000s, who instead embarked on a path full of successes.

It’s been a long time since Cesare Cremonini, with a curious fiery red hair, was the frontman of the Lunapop. The band characterized the music scene of the early 2000s, becoming a real phenomenon of costume. 50 Special, the band’s very famous song, quickly became a catchphrase and is still sung today, a sign that it has left an important mark on the chessboard of our musical culture. Lunapop’s pop music was often light, as it also demonstrates 50 Special but Cremonini, even in that period, was able to show great sensitivity and writing skills in many pieces that are still included in his set lists today. Cesare Cremonini is able to tell all the nuances of human feelings by playing with words and music with grace, often being accompanied by the notes of the piano, inevitable during his concerts. Cesare Cremonini’s repertoire, also considering the songs produced during the experience with Lunapop, is very vast but the evolution of the artist over the years is evident. Net of some possible changes, the lineup of Cesare Cremonini’s concert in Bologna will be as follows:

Cesare Cremonini and the 2022 stadium tour

Of four in four, Cesare Cremonini will perform in three different cities with his concerts and after the poker of Bologna will be the turn of that of Milan. At the end of this tour, no dates are currently planned in the coming months but a new summer tour is already being studied.