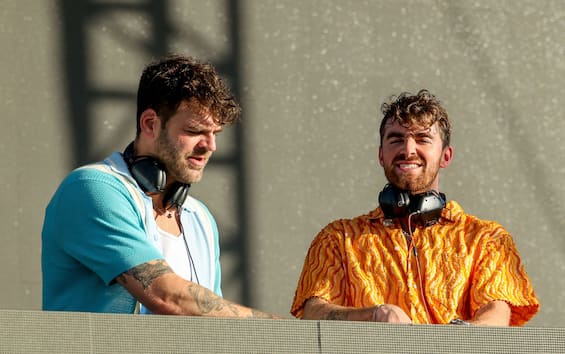 The Chainsmokers finally arrive in Italy as part of the European tour that is touching the main cities of the Old Continent. The American musical duo made up of DJs and producers Andrew Taggart and Alex Pall has risen to prominence relatively recently: it was 2014 when their name began to circulate among lovers of dance pop and electro house. The concert should have been held in October 2020 but due to Covid it was postponed to May 2022. Also on that occasion it was postponed and today, 11 November, there will be many Italian fans who will present themselves at Rho Fiera Milano tonight for the concert of the Chainsmokers.

The Chainsmokers concert in Milan, the lineup

In recent years the Chainsmokers have collected one success after another, even winning a Grammy Award for their hit Don’t Let Me Know Down, which has had over 5 billion streams and 10 billion views on YouTube. Impressive numbers, which allowed the Chainsmokers to conquer 20 platinum and 3 gold records in Italy alone. Last May the last single was released So Far So Good, which like all the other songs immediately conquered the peaks of the world rankings. The songs available to the Chainsmokers for the lineup of the European tour and the Rho Fiera Milano concert are numerous and there is no shortage of the best known and most attractive ones for the public, who is ready to let loose for two hours of uninterrupted music to the syncopated rhythm of the songs of the American group. As is customary for international groups, the Chainsmokers have made known the lineup of their concerts, so we know what the songs will be and in what order they will be performed, although there may still be some variations not communicated:

The concerts of the Chainsmokers

After the Milan concert, the Chainsmokers are expected to Munich, in Germany and then in Forest, Belgium. At the moment no other concerts have been indicated for the American group, which however could surprise with some new dates in the coming weeks.