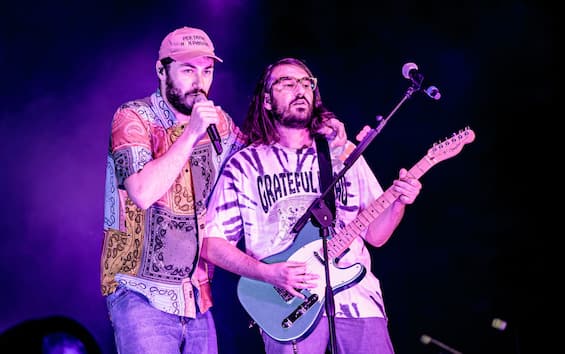 L’Arena of Verona it is one of the places a musician aspires to play in throughout his career. Here, some of the most important names in international entertainment have performed and important pages have been written in the history of contemporary music. The atmosphere and the scenography are exceptional, so much so that the world’s sacred music monsters hold their concerts here. It is also used for opera and theatrical performances of excellence. In the elite of the artists who had the honor of playing at the Verona Arena from today there are also the Nuclear Tactical Penguinswhich tonight, Monday 8 August, will perform inside the symbolic monument of the city of Verona as part of the tour Where were we. Despite being a not very mainstream band, the Pinguini Tattici Nucleari enjoy a large audience and this is demonstrated by the fact that many of their tour dates have sold out, including the one at the Verona Arena.

Nuclear Tactical Penguins at the Verona Arena: the lineup

Summer 2022 is full of satisfactions for the Nuclear Tactical Penguins, who managed to climb the rankings with their latest song Young Wannabe. They did not conquer the top of the Fimi rankings but they still positioned themselves very well and theirs is one of the songs that is most often broadcast on the radio. The lineup of the concert at the Verona Arena of the Nuclear Tactical Penguins is a rather interesting sequence of pressing and rhythmic pieces, which alternate with more melodic songs. If the purpose of the band is to give the public a few hours of fun and dance, with this structure the goal is largely achieved, as demonstrated by the previous concerts held by the group on the other dates of the tour. The official lineup, net of some last minute changes decided by the Nuclear Tactical Penguins, should not differ too much from that of the other dates:

The date of August 13 a Catholic, in the Queen’s Arena, will be the last of the summer tour of the Nuclear Tactical Penguins, which left earlier than their colleagues with the first date which took place on June 14 in Conegliano, in the province of Treviso. Now there is waiting to find out the dates of the eventual winter tour.