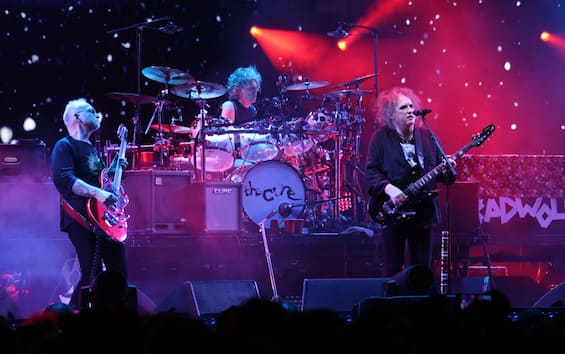 On the evening of Friday 4 November i Care they will perform at the Mediolanum Forum in Assago, as part of the European tour underway in recent weeks. The English rock band is one of the most popular of its genre and has returned to Italy after many years. The Lost World Tour represents a return on the scene for the band, far from live for some time also due to Covid which has stopped music throughout Europe. The Cure was formed in 1978 in the United Kingdom and for 44 years they have trodden the tables of the stages with the same enthusiasm and the same determination. All this despite the fact that over the years there have been countless line-up changes with the only constant of guitarist and singer Robert Smith.

Cure in concert in Assago, the lineup

It has been decades sincedebut album Three Imaginary Boys 1979. And yet, listening to it today has the same effect, has the same strength and the same effectiveness. Over the years, the Cure have been able to maintain their own identity, which has crystallized over the years starting with the rock band’s second album, which ushered in a darker and darker course. Robert Smith’s image has also changed accordingly and the Cure can almost be considered a precursor of gothic rock and a subculture that has since developed around it. The mainstream success of the Cure, however, comes only on the fourth album and the extent of the success of the band is measurable with the 4 million copies sold by the album. Standing on a Beach, dated 1986. The band has announced the concert schedule, although the release order may change with each concert. Broadly speaking, this is the tour schedule:

Concerts of the Cure in Europe

After the Assago date, the Cure will leave Italy and continue the tour with concerts in Europewith stops in France, Spain, Germany, Switzerland, Belgium and the Netherlands.