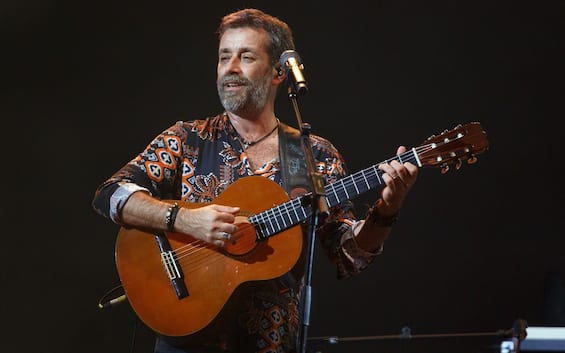 Daniel Silvestri he is a songwriter who can enjoy a very wide audience. This is demonstrated by the success he is achieving in the concerts of his new tour, which has been taking him around Italy for some days in front of thousands of people. The new date has been set for this evening, Friday 18 November, in Turin. Refined and elegant singer-songwriter, he has been able to build his own audience by bringing songs of high social and moral value to the stage, which detach themselves from the more common narration to provide those who are interested in listening to it with new points of view.

Daniele Silvestri in concert in Turin, the lineup

Daniele Silvestri can count on a deeply rooted fan base, which shows real interest in his music. People who don’t come across his songs by chance, but seek them out and savor them, feeling them inside, almost metabolizing them, to perceive their true depth. This level of listening is found in the fall tour setlists. Silvestri has designed a long show over two hours with songs from yesterday and today, in a succession of proposals designed for the nostalgic of the first hour but also for those who appreciate the recent production of the singer-songwriter, who, although he has moved away from the vibrations of his early career, has been able to keep the personality of the his music. Daniele Silvestri has not provided the official lineup of the tour but, net of changes, the release order should be this:

PRECARIOUS IS THE WORLD

IN DESPITE OF THE PREDICTIONS

WHAT A BEAUTIFUL FACE

THE TALENT OF SEAGULLS

THE MAN WITH THE MEGAPHONE

THE WORLD CLOSE IN ONE HAND / SAMPLEANDO DEVENDRA

I WILL GO UP

The concerts of Daniele Silvestri

After the concert in Turin, Daniele Silvestri is expected on the stages of Senigallia, Bologna, Rome, Cagliari, Naples and Florence. Therefore, the last dates of the tour are foreseen in Carpi, Lecce, Taranto, Pescara, Genoa, Trento. And finally, closure was granted to Legnano. It is not excluded that there may also be a summer tour, to be announced in the coming months.