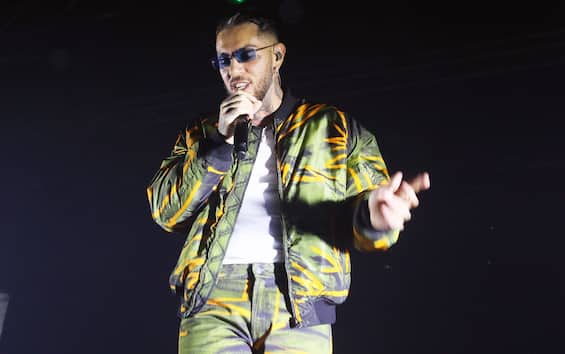 Second date in Milan that of Monday 5 December for Emis Killa, which has scheduled a concert session in the Lombard capital that will keep him busy until just before Christmas. The rapper is one of the most loved of his genre in Italy, as evidenced by the number of records sold but, above all, by the fact that his concerts are almost always sold-out. All of those from this concert session sold out within hours. Even the one in Rome, which was recently added by the singer to meet the huge number of requests from fans, was sold out. Milan is the city chosen by Emis Killa for an almost 10-day resident for a total of 6 dates at the Magazzini Generali.

Emis Killa in concert in Milan, the lineup

Emis Killa’s six concerts in Milan can be considered a bet won for the rapper, who managed to sell out for each date. Not that the opposite was expected, quite the contrary. The rapper’s Milanese audience is quite large and the dimensions of the historic club in the Lombard capital are not those of a location for major events. But that the rapper managed to do the sold out for each date it is still a more than remarkable result. Emis Killa’s repertoire, on the other hand, almost represents the basis of Italian rap culture, as he was one of the most successful forerunners of this style. His first album dates back to 2012 and since then there have been a total of five albums released. The last one dates back to 2020, the year of the pandemic, and for this reason he was unable to carry out live promotion work, which is now taking place after the stop to music. Barring last minute changes, the lineup of the Emis Killa concert in Milan this evening, Monday 5 December, should follow the following release order:

Other concerts by Emis Killa

The zero date of this unbalanced tour by Emis Killa was held on December 2nd in Parma. After the six dates in Milan, the rapper will perform one last concert at the club Orion of Ciampino, a date added in extremis by the singer for which no other tickets are available.