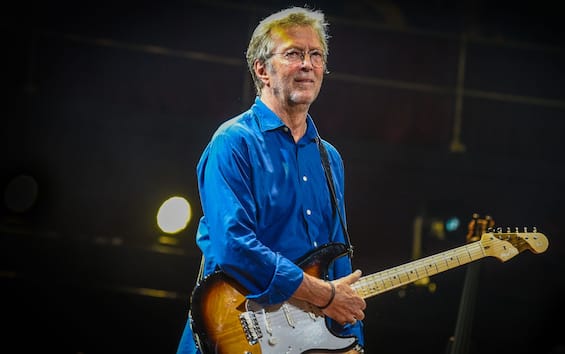 Great expectations this evening in Milan for the concert of Eric Clapton, who will perform at the Assago Forum for a new stage of his tour. After the two appointments at the Unipol Arena in Casalecchio di Reno (Bologna), the one in Milan is the third live scheduled in our country. Here is all the information.

At the moment the concert of Eric Clapton at the Assago Forum, in Milan, is sold out. There are therefore no more tickets available for the date of Wednesday 12 October 2022. Clapton had not played at the Forum since 2001 and did not come to Italy since 2011, when he accepted the invitation of his friend Pino Daniele to play with him on the stage of the Simonetta Lamberti stadium in Cava dei Tirreni. The band that will play with the 77-year-old artist is made up of Nathan East on bass, Sonny Emory on drums, Doyle Bramhall II on guitar, Chris Stainton and Paul Carrack on keyboards, Katie Kissoon and Sharon White on backing vocals. To anticipate the concert, a performance by Robben Ford. The famous guitarist is ready to bring the best of his long history to the stage, which began in the Sixties with the rock-blues of bands like Cream, Derek and the Dominos or the Yardbirds and then continued with a solo path. Between rock, cover art and blues, Clapton is undoubtedly one of the most significant artists in the history of world music.

Although the official lineup of the Milan concert, presumably will not differ from that of the other events and should be the following: