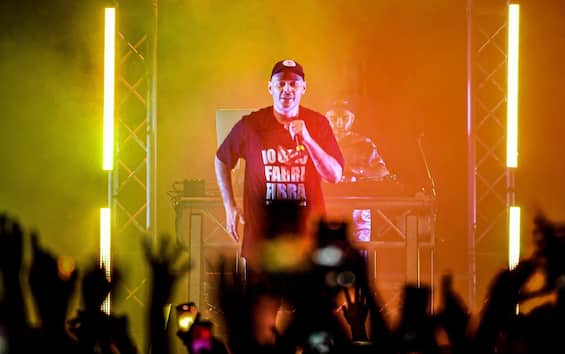 Fabri Fibra, tonight, Monday 31 October, he will be in concert in Ferrara as part of the tour that is leading him to sing in numerous cities along the boot and the islands. The tour is a promotional solution of his latest album Chaos, which is attracting the attention of many users, even non-Fabri Fibra fans, for the quality of the music and lyrics. Almost twenty years ago, when the Fabri Fibra phenomenon exploded, many thought it would be a passing one, that it would be one of the many passing through the firmament of Italian music. Instead, the rapper has been able to conquer his slice of the public and even if he no longer has the same bite as in the beginning, he continues to fully satisfy the expectations of those who love this genre of music.

Fabri Fibra in concert in Ferrara, the lineup

Fabri Fibra can be considered a veteran of rap music in Italy even if not a pioneer. There have been many before him who have cleared customs for this type of art in our country but it is incontrovertible that Fabri Fibra is one of the founders of the new generation of artists of this type. Although his musical production over the years has suffered an evident slowdown, this does not mean that he does not have in his arc a wide range of songs from which to choose the right ones to make a ladder captivating and exciting. In this tour, Fabri Fibra has been able to wisely mix the most recent songs of the new album with the historical ones, obtaining an appreciable result. Although an official lineup has not yet been released, it is easy to assume that for the concert in Florence, Fabri Fibra follows what has been done in previous dates:

After Ferrara there will be no other tour dates but it is not excluded that the artist will soon propose other appointments for the next few weeks to promote the album.