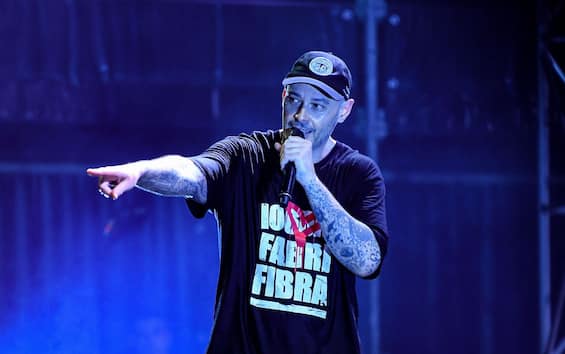 Also Fabri Fibra he is finishing his summer live shows. The rapper, one of the founders of Italian rap culture, is about to conclude the outdoor session of the Chaos Live tour, which in his case will have a very limited gap between the indoor and outdoor ones. Fabri Fibra is one of those artists who draws his maximum inspiration and charge from contact with the public, therefore for him being live is a reason for living. The two-year stop imposed by the coronavirus pandemic forced Fabri Fibra and all the other artists to stay away from the public, not to perform live and not be able to count on that energy and it is also for this reason that now he, as well as everyone his colleagues are trying to make up for lost time, trying to mend that relationship that in some cases distance has frayed.

Fabri Fibra in concert in Moncalieri, the lineup

After a two-year break, Fabri Fibra is back more energized than ever to perform live on stages throughout Italy. The summer tour left very little room for the rapper, who wanted to push hard for his return to the scene after the pandemic, bringing a well-balanced and balanced lineup, which perfectly alternates recent songs with the historical ones of his repertoire, inevitable at every concert for the fans who have followed him since the dawn of his career and beyond. There social denunciation it is an integral part of Fabri Fabri’s texts, it is a prerogative of that type of culture, which Fabri Fibra carries on with conviction. It can be defined as one of the historical cornerstones of this movement in our country and this is demonstrated by the fact that its concerts are almost always sold out and that under its stage it is possible to see fans who were young when Fabri Fibra began his climb to success. and that they are now adults, perhaps fathers and mothers of families, who in turn accompany their children to listen to the concerts of Fabri Fibra. Barring any last-minute surprises, the lineup of Fabri Fibra in Moncalieri tonight, Friday 9 September, will be almost the same as that of the other concerts held up to now:

After the Moncalieri concert, Fabri Fibra is expected in Genoa, Milan and Rome. But in his calendar the dates for October are already fixed, which will see him perform in Naples and Florencewaiting for new appointments to be added in the coming weeks.