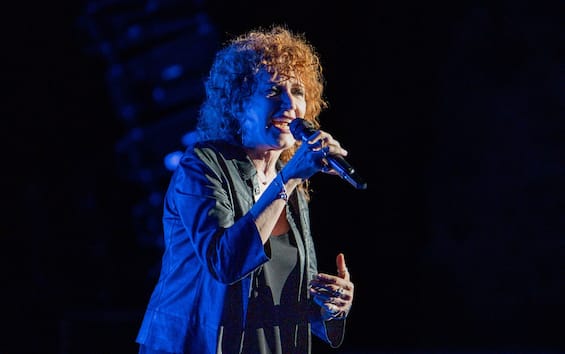 In the evocative setting of Roman theatre of Verona, Fiorella Mannoia is ready to enchant the public for the umpteenth time with the magical emotions of her music. One of the greatest ladies of Italian music, always appreciated for her elegance and refinement, was called by the Municipality of Verona for a concert within the Veronese Summer Theater. An appointment that the singer has included as part of her summer tour, which in recent weeks has taken her to most of the Italian cities, where she has always collected great successes from the public. As it was easy to predict, the tickets for the Fiorella Mannoia concert in Verona have gonesold out in a short time but the lucky ones who managed to win the ticket in time are sure to attend a one-of-a-kind show of music and voice. Reserved in private life, Fiorella Mannoia is able to bring out energy and warmth when she performs on stage and the atmosphere of the Roman theater in Verona, where she will go up this evening, Tuesday 6 September starting at 9.15 pm, it is certainly conducive to a great event.

Fiorella Mannoia in concert in Verona, the lineup

Always considered a committed, almost intellectual singer, Fiorella Mannoia has in her repertoire a very high number of songs that anyone knows and sings when they go on the radio. Not exactly hits but pieces of musical art, a true heritage for the musical history of our country, which have managed to overcome the decades to be known by different generations. This evening, people of all ages are expected at the Roman theater in Verona. From those who were already adults when Mannoia began to tread the Italian stages to those who, today, are little more than a young man and who have learned to appreciate Fiorella Mannoia’s music thanks to her grandparents or parents. The singer’s repertoire is full of proposals of various kinds, from slower songs to more rhythmic ones. From The Irish sky to What women do not say, Fiorella Mannoia’s repertoire is a succession of committed and melodic songs that the singer, accompanied on stage by musicians, has included in her lineup. Unless last minute changes, Mannoia has included these songs in her setlist:

After the date in Verona, Fiorella Mannoia is expected in Milan, Modena, Santo Stefano Belbo and, finally, in Codigoro the next September 13 for the grand finale of the summer tour. After a few weeks off, Fiorella Mannoia will return on tour for the indoor winter session in the main theaters of the country.