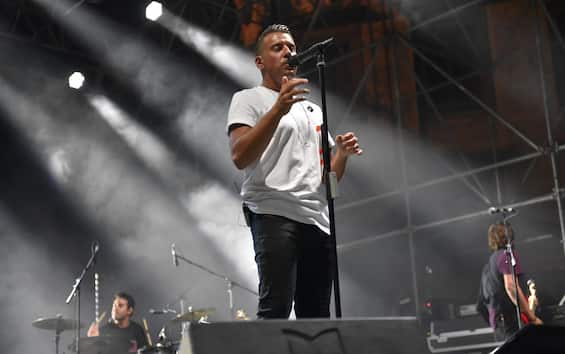 The 2022 summer tour of Francesco Gabbani, Tuscan artist expected tonight Friday 16 September in Palermo at the Teatro di Verdura. A year full of satisfactions for the singer, who made his debut as a TV presenter in It takes a flower next to Francesca Fialdini and, in addition, published on April 22 last published We just wanted to be happyfifth album of a career studded with successes such as those at the Sanremo Festival with Amen And Westerners Karma.

June 28 Francesco Gabbani began the tour at the Green Area of ​​Capannori, a town in the province of Lucca and for the whole summer he never stopped. Except for surprises, the lineup proposed by the artist will be the same as shown in the previous performances for a concert lasting over two hours. Obviously, the variations are always around the corners as well as possible guests who, at the moment, are not foreseen. Having said that, let’s remember the songs that Francesco Gabbani will stage again this evening on Friday 16 September in Palermo:

In addition to the great successes of Sanremo such as Amen, Westerners Karma And Vice versa, Francesco Gabbani will sing other iconic songs from his repertoire such as Among the slushes and grenades, Pachyderms and parrots, Eternally now And We just wanted to be happya song that bears the name of the last album and that will close the concert.

The next appointments of Francesco Gabbani

As mentioned, Francesco Gabbani’s 2022 tour is about to end, but there are still four unmissable appointments to follow the Tuscan singer. Let’s go and remind them briefly:

Finally, these are the five albums published up until his career by Francesco Gabbani: