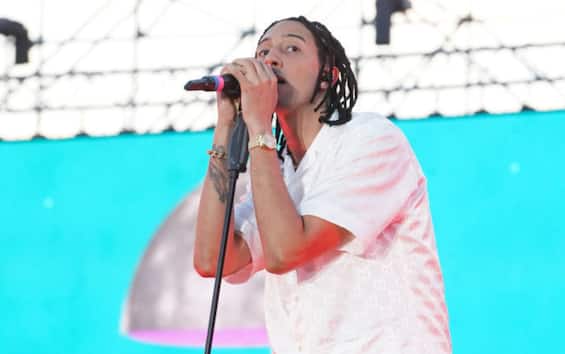 Ghali tonight he will be on stage in Catania as part of his summer tour that is touching the main cities of the country from north to south. It is a very demanding tour that Ghali is doing around Italy, which is drawing thousands of people under the stage of each of his concerts ready to acclaim him for every hit of him. The singer has a rather vast musical repertoire despite not having a decade-long career behind him and this allows him to offer the public a wide choice of songs that cover his entire career, a journey into music that the singer’s fans are particularly enjoying and which demonstrates the quality of Ghali’s work so far.

The lineup of the Ghali concert in Catania

Ghali’s appointment in Catania is part of the Volcano fest, one of the main music festivals in Sicily. In over two hours of music, the rapper accompanies the audience in a complete excursus into his music, from the beginnings to the new songs, proposing his best known hits but also the most niche and most intimate ones. There is no shortage of songs that make the audience dance, the overwhelming ones capable of unleashing thousands of people. The energy released by Ghali in each of his concerts is extraordinary, he is one of the artists capable of involving the public from the beginning to the end of his performances, which often extend beyond the expected time precisely because he does not know how to give up the encore for the his audience. The final lineup of Ghali’s concert in Catania has not been communicated but, in the face of his previous performances, it can be assumed that the singer brings these songs to the stage:

After Catania, on 6 August Ghali is expected at one international travel in Spain, precisely in Covaleda. Then it will be in Follonica, Ascoli Piceno, Arbatax and Milan. Started last July 20 by Marostica, Ghali is one of the Italian artists who can boast a date abroad in his summer tour.